BAND OF THE DAY: THE ORDER OF CHAOS 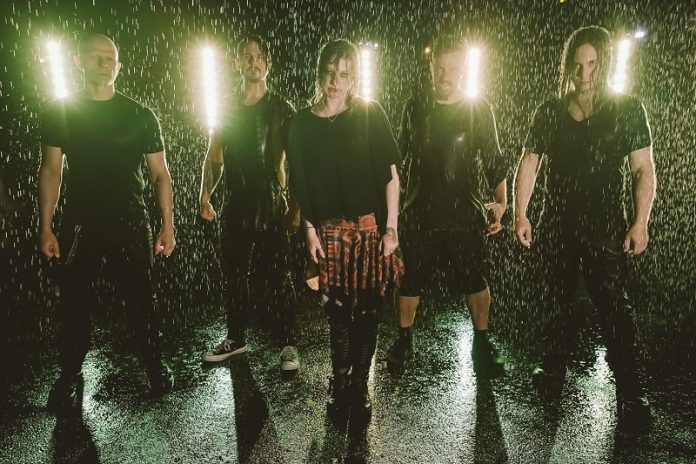 Chaos and Order, two seemingly opposing forces that, when observed closely enough, work together subtly to create art in its most divine form.

Enter The Order of Chaos, a highly regarded and well-respected heavy metal group from the rural northern wastelands of Alberta Canada. For the last 12 years, trudging through the snow covered Canadian landscape, and touring the vast expanses of Europe and China, this band has cut its teeth in the most demanding gigging environment this side of the equator. The band continues to bring their unique, fresh and well developed sound to a genre of music so saturated with sound-a-likes, 80s throwbacks and copy cats. After years of dedication to their art and hard work in the music industry, The Order of Chaos has cemented themselves as one of Canada’s premier metal artists. In 2013, the band was awarded Heavy Metal Recording of the year for their 2nd full length album entitled “Burn These Dreams”. Their extensive activities and efforts in the music industry has brought Edmonton into the heavy metal spotlight nationally and across the globe highlighting the diversity and quality found within the Edmonton arts community.

With three albums and an EP under their belt, the band has the experience needed to unleash a convincing torrent of brand new material that will redefine genres and carve a path no heavy metal band has even attempted to produce. Meet Amanda Kiernan, a hurricane of live intensity and energy unmatched by her peers. From soaring melodic choruses to gritty, in your face thrash she doesn’t let up for a moment. Her unique take on metal vocals and prowess as a hybrid singer has affirmed her place in metal history. Backed by the dueling guitar virtuosity of John Simon Fallon and John Saturley, and the brick wall rhythm section of Barrett Klesko and Tim Prevost, this band is something that must truly be seen to be believed.

In September of 2012, after signing a management and booking agency deal with Red Lion Music (Germany), The Order of Chaos made their first appearance overseas, stunning 2000+ fans at the Turock Open Air Festival and thousands more in clubs across central Europe. Just seven months later they returned to Europe with the Bay Area thrash legends “Vicious Rumors” supporting them on their Electric Punishment Tour, gaining many new fans and quickly securing a solid reputation as a phenomenal live act to behold. In 2015 the band continued to establish this foundation with a tour as direct support for Nuclear Blast Records’ up and coming “A-List” band “Battle Beast.” The visibility gained on this tour lead to the band being offered an all tour in China including a headlining appearance at China’s largest music festival (MIDI Festival) in front of 15,000+ fans.

With the future looking bright, the determination to continue to succeed, and the creative talent to put forth a fresh sound for heavy metal lovers everywhere, The Order of Chaos is primed for an assault on stages and headbangers everywhere with the release of their new EP “Night Terror” on Feb 23, 2018.