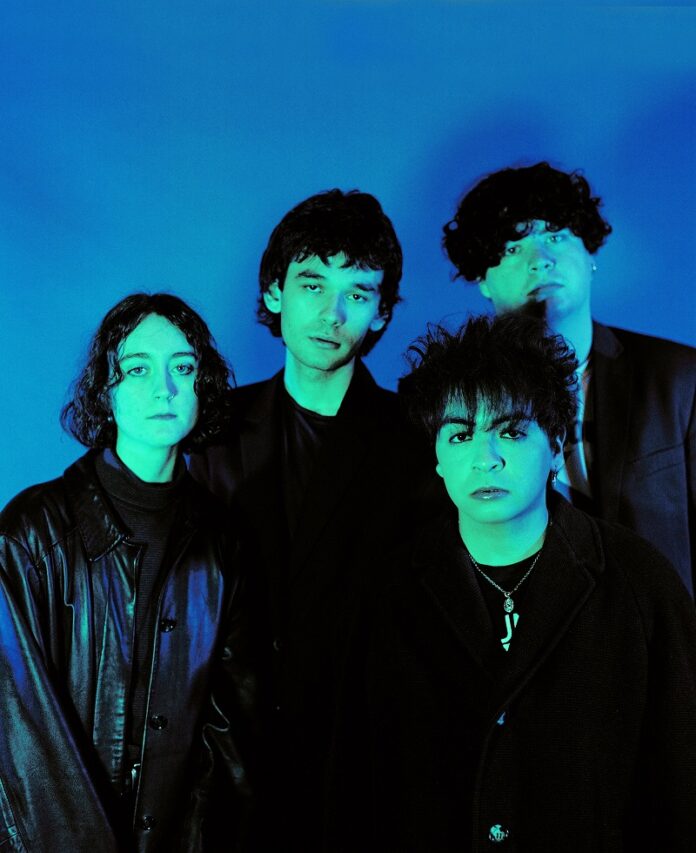 Today sees the release of AYALYN’s  stunning new single “WHEN WE WERE NOTHING,” an abstract look back at the highs and lows of naïve youth.

Avalyn formed in late 2021 after long-time friends Andy Power (Guitar & Vocals) and Ben Croft (Lead Guitar) decided to start writing together due to them both being dissatisfied with their previous musical efforts. Soon joined by Cain Garcia (Drums) and Emily Turnbull (Bass & Vocals), the band appeared all over their local music scene in 2021, including playing their first gig supporting Junodream alongside Lime Garden at The Shipping Forecast in Liverpool, as well as going into Whitewood Recording Studio with Robert Whiteley to record their latest offering.Influenced by the great punk powerhouses, Avalyn takes their cues from the likes of My Bloody Valentine, Slowdive & Lush. What emerges is the ferociously uplifting sound that can be heard on the group’s latest track; “When We Were Nothing,” out now. Featuring mastering work from the Lead Singer & Guitarist of the seminal 90s Shoegazing band RIDE, Mark Gardener, the track melds brooding experimentalism, with an unshakeable punk sound. Thrashing guitars play under Power’s haunting vocals, as he sings about the euphoric uncertainty that comes with youth, and the always present, uncertain future.

“When We Were Nothing was the second song we ever wrote together as a band,” says Power. “Our guitarist Ben brought in the main riff and I could tell from the beginning it was going to be great, so I wrote a verse for it and then we wrote the lyrics together.  Everything really came to life once we brought it into the practice room with the addition of Cain’s drum part and Emily’s bass and vocal Recording with Rob Whiteley was a lot of fun as we felt like he was able to help give us the freedom to experiment with the sounds we wanted as well as being able to put all our ideas together into a cohesive mix. The mastering job from Mark Gardener was the final touch that has taken the song to another level and we’re excited to continue working with him going forward.”

With this monumental release, the group look to build on their foundations in 2022 with a live show supporting Sovereigns at Liverpool’s Jacaranda.