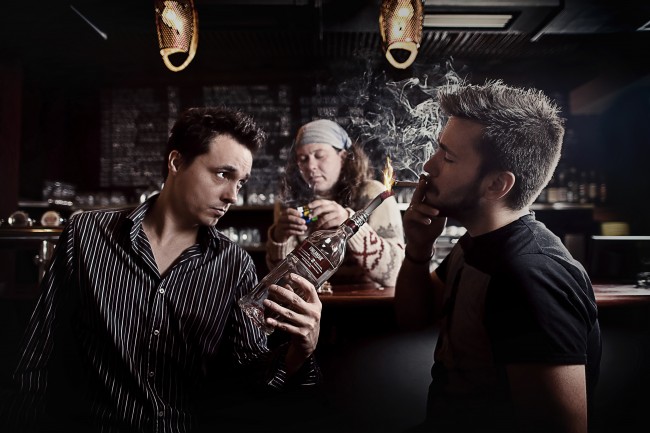 And his trio has released a debut album

Aivn’s Naked Trio released their debut record a couple of years ago. The album was released independently by the band. It’s digital version is available in the most frequented online stores and (iTunes, Amazon, CD Baby or Spotify).

The guitarist / vocalist Aivn has been a familiar figure on the Czech music scene since 2001 when he won the Talent of the Year prize at a renowned annual Guitarfestival competition held in Prague. Aivn has earned his reputation and stable recognition in several succesful bands and projects during the 2000’s, coming into his own in 2010 when he formed the Aivn’s Naked Trio.

Aivn is a guitarist, singer and songwriter from the Czech Republic. He currently fronts his own band Aivn’s Naked Trio – a tight blues rock power unit. Aivn is also known as a guitar gear tester for the renowned Czech server Jamstage.cz.

Aivn’s artistic credo is “firm roots & new adventures”. His primary influences are the stars of blues, rock and pop genres (Hendrix, Clapton, Moore, Kotzen, Mayer, Bonamassa) but he shies away from repeating old patterns and always tries to make his music relevant for the current listener. He puts emphasis on clever songwriting although he always leaves a space for exciting solo work and improvisation – especially live.