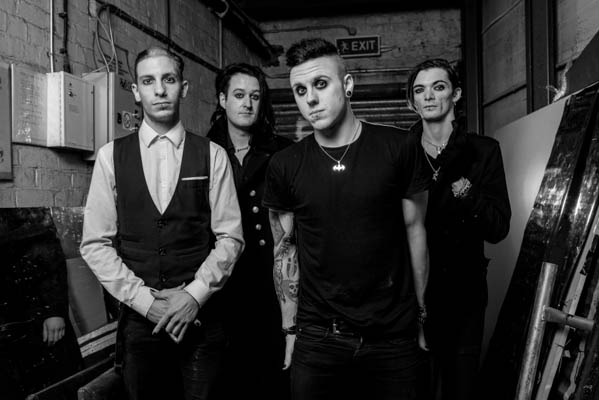 The time has come to join the horror cult…..

Following the news of their nomination for the Kerrang! award for Best British Newcomer  Bristol goth rockers Ashestoangels have announced that they will be appearing at theCamden Rocks Festival.

Camden Rocks takes place on Saturday 30th May across the historic music venues and pubs in North London’s Camden Town for a day of rock, metal, punk, indie and all out musical mayhem.

Ashestoangels are rapidly becoming one the UK’s favourite bands, bringing their synth infused goth rock to literally everybody and anybody that will listen!  Spending more time on the road than off didn’t leave much time to record their third album ‘Horror Cult’, but with the ethos of writing the best songs possible and getting them out to the masses, the band are seeing excellent feedback from their hard work.

Ashestoangels were recently featured in a Kerrang! Fresh Blood article entitled ‘New Wave Of Grave’. The piece describes Ashestoangels as ‘The real deal.They sound like The Rocky Horror Show as sung by My Chemical Romance”

Ashestoangels can be found in the following places: