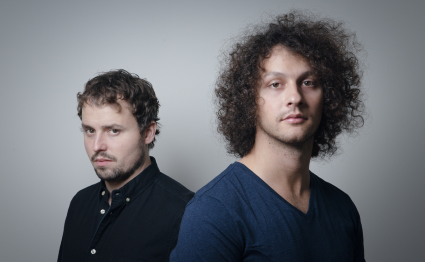 Norwegian two piece have concerns
Pil & Bue (Bow & Arrow in Norwegian) is a duo from the far northern part of Norway, that despite their minimal format sounds like a full-blown band.
Consisting of Aleksander Kostopoulos on drums and percussion
and Petter Carlsen on vocals and baritone guitar, Pil & Bue creates a substantial, energetic sound that captivates the audience with its dreamy and longing sound.
In their live performances Carlsen uses the entire format, moving between several
microphones located around the stage, delivering powerful vocals and heartfelt and vulnerable lyrics. Combined with Kostopoulos’ visual and vigorous drumming, it makes this charismatic duo a captivating experience filled with opposites.
January 29th, 2016 will finally see the release of “Forget The Past, Let’s Worry About the future”, their follow
up to 2014`s critically acclaimed debut “Push Start Button (level 1). Their first release via Name Music, the
album contain six tracks, each of them hitting your heart and face simultaneously. Influenced by shoegaze,
rock and prog they deliver ethereal and poppy sounds that are hard to forget. Lyrically the recurring theme
addresses the struggle of women facing suppression, agony and injustice every day. All around the
world. The music intensifies this dark subject with a riveting spectrum moving from desperate explosions
to fragile melancholy and chaos. Their references might not be that obvious, but both members grew up
listening to artists such as Placebo, Deftones, Sigur Ros, Anathema and Mars Volta, all of whom left their
mark in the sound of Pil & Bue.
The band first came to life in 2013, and their debut received great reviews and a lot of airplay time on
Norwegian radio stations. The band also struck a note with Norwegian Hollywood director Tommy Wirkola.
He loved the single “You Win Again” so much he included it in his now cult-status movie “Dead Snow 2”.
Pil & Bue’s mantra is to be impulsive and spontaneous, something that reflect their live shows as well as
their recordings. This may also be one of the many reasons their live shows has received such high marks
from both Norwegian and international critics. 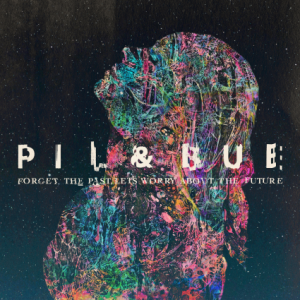