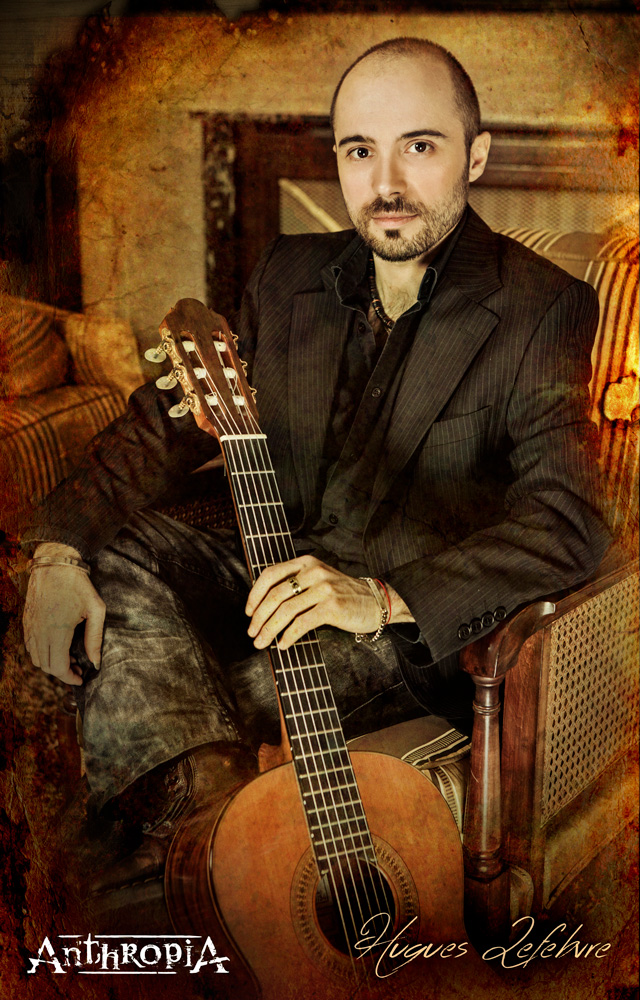 French band get in some stars and base their new album on HP Lovecraft, and their main man tells all.

Last week we introduced you to french prog/power metallers Anthopia.

Now we get the lowdown on their new one straight from main man, Hugues – who tells us in his own words all about the band.

“‘Non-Euclidean Spaces’is a homage to H.P. LOVECRAFT, and to his famous Cthulhu Mythos. The album, who’s title references to the impossible and cyclopean architecture that the writer held so dear, revisits themes featured in the universe of his novels and short stories, developing an original scenario of its own.

“We will follow the footsteps of a 50 years old Randolph Carter, who regains the dreaming faculties he lost as a teenager. He can then travel through time and space -like he used to do during his childhood- and finds out that Cthulhu and the Great Old Ones will return soon. He alone could stop this apocalypse, but the real question for him is : is Mankind worth saving?

“The main themes of this album are : nostalgia, melancholy, misanthropia, magic, madness… and other subjects important to LOVECRAFT!”

Musically speaking, Hugues says  ANTHROPIA is again “this good mix between prog’ and power metal, with influences like AYREON, MEGADETH,SYMPHONY X, ANGRA, OPETH, PAIN OF SALVATION… The band brings however its own touch with female/male vocals, and a classical music orientation. Several tracks are inspired by classical guitar pieces, for example a cover of “Fuoco” written bythe great french composer ROLAND DYENS.
“Two guests of honour have participated in the recording : ARJEN ANTHONY LUCASSEN (Ayreon, Star One, The Gentle Storm,…) , whotakes care of all the narrative parts of the album, and EDU FALASCHI (Almah, ex-Angra), who lent his voice on “The Snake Den”.”

The breathtaking artwork was drawn by DAVID DEMARET, who has, among other things, worked for the «Call of Cthulhu» card game by Fantasy Flight Games. The inlay booklet and Digipak are also full of references to the Lovecraft universe!

You can buy the album from: http://www.adarca.com/store/

For more information, visit the band’s page on
https://www.kickstarter.com/projects/78633228/anthropia-new-album-based-on-cthulhu-mythos