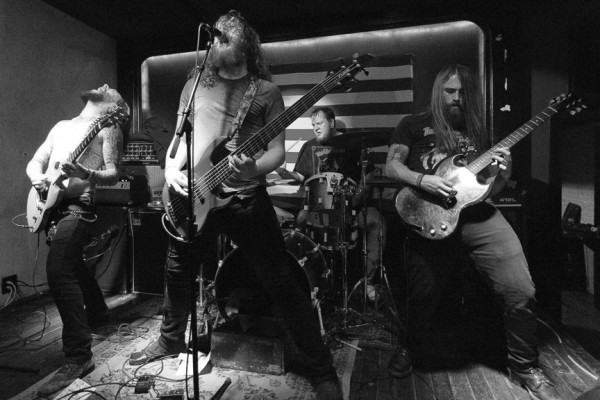 New album to be unleashed this summer, but there’s loads of shows before that

Against The Grain has been working steadily on their forthcoming LP since the beginning of the year and will be unleashed in mid summer.  Recorded at Train A-Comin Studios in Mt. Clemens, MI by Bryan Griffin, mixed at Audiosiege in Portland OR by Joel Grind (Toxic Holocaust, Poison Idea, Coliseum, Lord Dying) and mastered by Brad Boatright (From Ashes Rise, Sleep, Off!, Pierced Arrows).

Against The Grain will be hitting the stage this week as part of the 2015 Berserkerfest lineup and the band are excited, adding: “goddamn that’s a hell of a bill that the organizer’s have put on this year!”

Following the festival appearance will be a trek across the Northeast with their Berserkerfest brethren Lo Pan for a string of dates listed below.

FINALLY, in May they repeat what they did in 2011 and head back out with the almighty Tesco Vee and his Men O’ Meat for a bit of hell ride action across the East Coast.

Aside from the touring and the new album, they’ll have copies of the repress of Surrounded By Snakes (pressed on translucent green vinyl) with them during these runs. 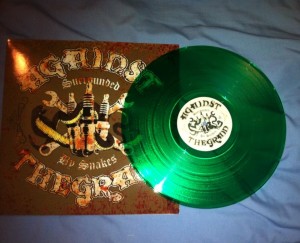 Copies will also be made available on the web store at Shop Self Destruco.

Also, coming on April 7th will be copies of Motor City Speed Rock available for the very first time on cassette over at Failure Records And Tapes and us!