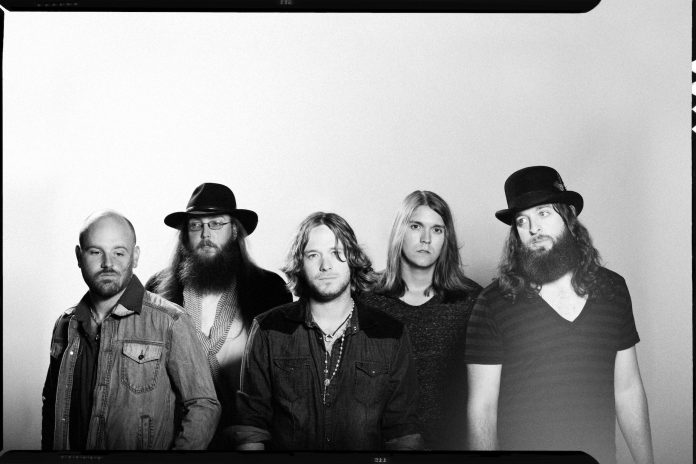 Andy tries to narrow down all the best records of 2014

20. Eric Church – The Outsiders
This time last year I hadn’t heard of Eric Church. Then Cadillac Three were supporting him. So I checked him out and found his country rock was bang on my taste. There’s a track on The Outsiders called “That’s Damn Rock N Roll,” which sums up everything I believe about music and formed the template for what I wanted this site to be.

19. Virgil And The Accelerators – Army Of Three
We are blessed with some phenomenal blues bands in the UK right now, The Mentulls and Aaron Keylock are a couple. VATA deserve to be in that company. “…..Three” is an outstanding record, combining elements of rock, hard rock and blues and wrapping the whole thing up with Virgil’s stunning guitar playing.

18. Corrosion Of Conformity – XI
Having been a fan of the band for well over twenty years, since the Deliverance record, their renaissance over the last couple of albums has been thrilling. This one mixes the NOLA down tuned sound with punky intentions in a way that no one else can do.

17. Gandalf’s Fist – A Forest Of Fey
The band started following me on Twitter, I liked the name so I checked out the music. This album is so gloriously OTT as to be unbelievable. Telling the story of a young girl that gets lost in the forest, it is one of the prog records of the year.

15. Mastodon – Once Around The Sun
Interesting story. The first few times I saw Mastodon live, I never got the band. Don and me don’t argue about much (except I don’t really like death metal and he does….) but he kept on and on at me about the band. Anyway, then they put The Hunter out a couple of years ago and they was it! A brilliant record, brilliantly played live and I was a fan. Cue much “I told you so” from my best mate Don. “Once Around The Sun” isn’t quite as good as that record was, but it’s still a corker. And yeah, Don, you were right.

14. Whiskey Myers – Early Morning Shakes
As those who know me know very well, there’s very little I love more than a bit of Southern Rock. Well, to that end, I give you next years Blackberry Smoke. Is it rock? Is it country? Who cares. It’s magnificent.

13. Drive By Truckers – English Oceans
Tempting as it would be to write the same entry as for the one above, I will instead wax lyrical about this piece of superb music. Patterson Hood and Mike Cooley can write unbelievable songs in their sleep and they prove it here. The South will rise again, dammit!

12. Blackwolf – The Hunt
Bristol’s hard rockers Blackwolf were a band that I’ve been watching for 12 months. This, their debut full length record saw them deliver on the potential I thought they had. Choc full of swagger, hooks and attitude, Blackwolf will either be massive or give 100% trying to be.

11. Kenny Wayne Shepherd – Goin’ Home.
On which, KWS returns to his roots. An album of covers, yes, but so lovingly and enthusiastically done that it simply had to be here. The next blues crossover star we said, when we saw him live this year. I stand by that.