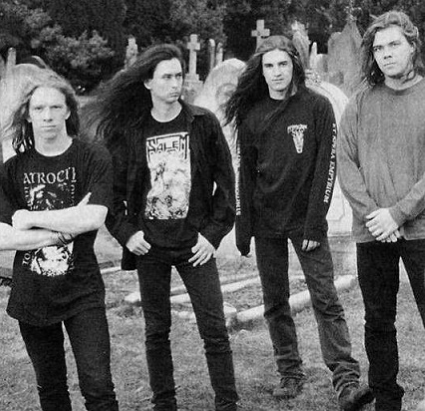 Lost classic sees the light of day next month

A truly forgotten gem of UK doom/death will be reissued on August 21.  Originally released in 1993, Hope Finally Died is the full length debut by the South London four-piece.  Metal Ireland notes, “if there was ever a lost classic screaming to be brought back to the public’s attention this is it.”  Decibel Magazine, who will host a full stream of the album beginning August 17, calls it “a lost gem that stands tall along side the ‘Big Three’ of British death/doom.”

One of the first album’s released by a then fledging new English label (Candlelight Records), Hope Finally Died was pressed only once making it unavailable for well over a decade.  Ebay and Discogs currently list original pressings of the seven-song album for $150 or more.  The album was recorded over the course of seven days mid-April 1993 at West Midlands-based Rhythm Studios; also the birth place of Cathedral’sForest Of Equilibrium, Solitude Aeturnus’s Through The Darkest Hour, and Electric Wizard’s Come My Fanatics.  Its release came during the genre’s most prolific period; My Dying Bride’s breakthru Turn Loose The Swans (called “Bram Strokers Dracula to the ears” by Rolling Stone) and Anathema’s Serenades saw release the same year (Paradise Lost’s classic Gothic released two years prior).

Winterfylleth bassist Nick Wallwork includes Hope Finally Died in his Top Ten death/doom albums for MetalGig.  He recalls, “its one of the earliest releases on Candlelight (candle003 no less).  I was first made aware due to a name drop on the inner sleeve of Anathema’sSerenades.  Looking at the cover art I was prepared for maybe another emotive melodic doom experience but what I got was very different.  This is deathly doom metal of the highest order.”

The reissue, featuring artwork as it was originally intended by the band, comes at the perfect time with Paradise Lost having recently released their fourteenth album, The Plague Within (“the genre is finally getting its day in the sun,” – Metal Injection), and My Dying Bride’s new album,Feel The Misery, set for release early autumn. 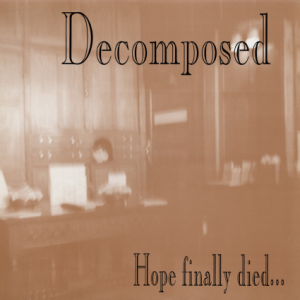 The band, vocalist/bassist Harry Armstrong, guitarists James Ogawa and Pete Snasdell, with drummer Tim Spear, recorded four demos between 1990 and 1992 before setting to work recording what would be their first and final album.  Recently, Armstrong was one of 52 riders that made a 161-mile charity bike ride from London to Donington last month.  “Heavy Metal Truants” was founded by Iron Maiden manager Rod Smallwood and has to date raised more than 175,000 pounds ($280,000 USD) since its formation.  The monies raised benefit The Nordoff Robbins Foundation; a UK-based charity that uses music to transform the lives of those struggling with the challenges of autism, dementia, metal health and more.  This year’s riders also included English Dogs guitarist Gizz Butt and Paradise Lost guitarist Aaron Aedy.  Donations can still be made at https://www.justgiving.com/Heavy-Metal-Truants/.