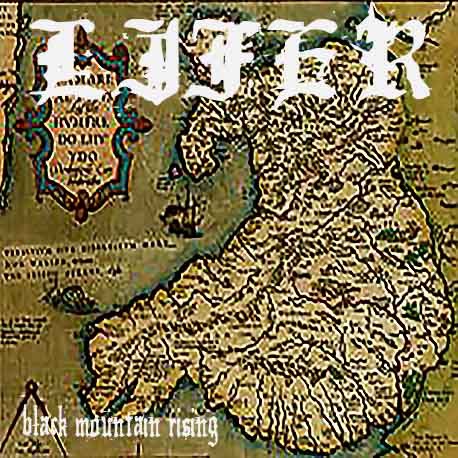 There’s always been a lot to like about Lifer. Whether it was the fact they sold merch from the back of their van at a huge festival because the prices the event charged were too high, or the fact that if there was a gig to be played these boys would hire a vehicle, drive from Wales and go there, or possibly it was just the fact that you always get the feeling that if they weren’t actually onstage they’d be in the pit – or at the very least in the bar – with the punters.

Now, the band named after a Down song, have come up with something that sets the benchmark for everything they’ve tried to do over the last few years.

Put very simply – almost as simple as the groove laden boot to the throat that “Black Mountain Rising” is actually – this record is fabulous.

“….Mountain” begins and ends with instrumentals. “Sorrow Bloody Sorrow,” a slow builder, and the gentle “Diwedd,” (which is Welsh for ‘the end of the story’) are very much the calm before and after the storm respectively, because what happens in-between is astonishing.

“Bastard Sons Of Sabbath” sets down its markers early, and lives up to its title, “Wired” takes those Down and Pantera thoughts and gives them a UK based twist, while “Shake With The Devil” will surely be destined for many of those Best Of polls at the year end, catchy, heavy and downright snotty at times, if you can imagine Orange Goblin getting smashed in a pub with Motörhead and The Damned, you are somewhere close.

“Words To The Wise” likes that theme so much it does it again, bursting to rock, it starts with a solo and doesn’t let up from there. This is a band that has an admirable punk ethic, that sound comes through on work like “Cease To Exist,” while on “Year Of The Hog” they have come up with something that The Supersuckers” might attempt. It’s simple, but it’s very, very effective.

A record with barely a duff second on it, never mind a duff track, finishes with a breakneck blur with its a title cut and “Burn Them Down” which is a study in aggression, adding some old school thrash into the mix just for kicks.

“Black Mountain Rising” is an incredible record. Deserving of much praise. The Kings of the underground are surely crowned. An absolute stonewall gem.