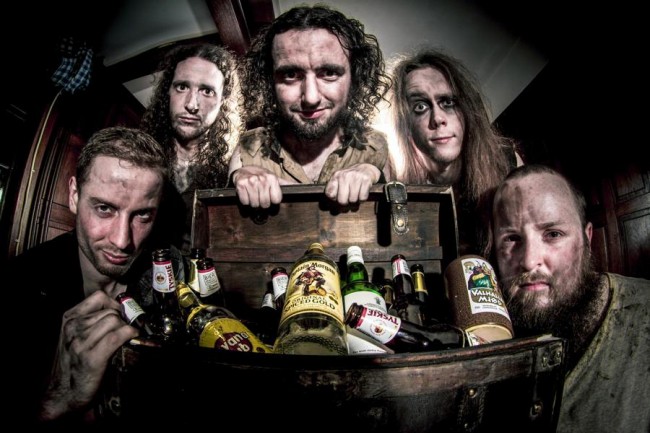 Tanks and Pirates promised. And beer. Lots of beer.

ALESTORM are teaming up with Sabaton for an 11 date UK and Irish jaunt which kicks off in Norwich on February 28, 2016.

ALESTORM’s Christopher Bowes comments: “Ahoy! What’s more awesome than a pirate driving a tank? NOTHING, that’s what. And that’s why this tour is gonna be so cool. It’s been 5 long years since we toured with Sabaton in the UK, and this time it’s going to be even bigger and better, with both bands playing a full headliner set. Get a ticket, come rock out at the show and remember to tip your bartender!”

And Pär from Sabaton adds:
“We felt that last UK tour was not enough and since then we have been thinking of what we can do and talking to our friends in Alestorm we came up with the idea of this tour. When we hit UK both bands will play a full set! And its in good venues where we can bring more of our stage set then we could in the past. This will be awesome!”

The two bands will be joined by Bloodbound for the tour.
ALESTORM + Sabaton + Bloodbound

ALESTORM released their highly acclaimed album ‘Sunset On A Golden Age’ on Napalm Records last year and have spent a year already on the high seas touring worldwide. Check out the video for “Drink” here!

‘Sunset On A Golden Age’ is available here!