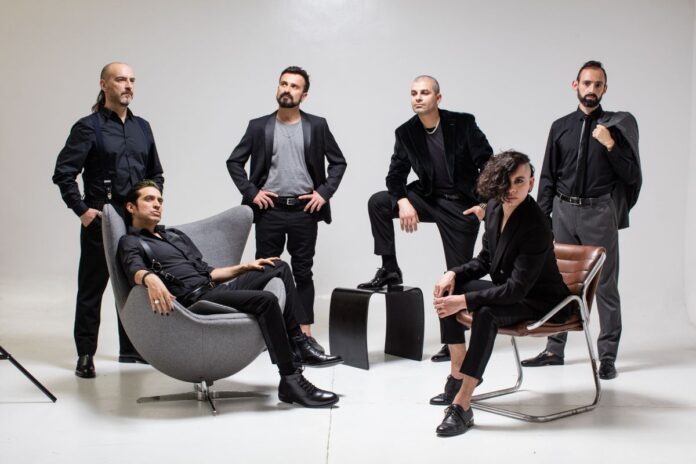 One of South America’s leading prog groups, Chile’s Aisles, have announced their long-awaited new album Beyond Drama, to be released 5th April via Presagio Records.

In celebration of the news, the band have also streamed their stunning new single ‘Game Over’.

The new album marks a turning point in Aisles‘ story. It is their final work in the current line-up, due to the departure of Felipe Candia (drummer), Rodrigo Sepúlveda (guitarist) and IsraelGil (vocalist). BeyondDrama however is not the end, just the beginning of a new chapter.

‘Game Over’ is the first glimpse of the LP. The intricate melodies and sonic openness are the hallmarks of Aisles – earnest melody and awe-inspiring technicality. These dual facets of Aisles‘ personality are turned up to 11 on Beyond Drama, their most dazzling and tortured record yet.

‘Game Over’ was influenced by the weight of Animals As Leaders and by fusion and metal sounds, with western, retro-futuristic touches and the aesthetics of eighties video games. “It is part of the alienation of the pandemic, with hyperconnected people but with an intense disconnection from the natural world and submerged in video games 16 hours a day in a parallel reality,” explains Juan Pablo Gaete, the group’s keyboardist.

The track was recorded at Estudio del Sur, produced by Angelo Marini and Germán Vergara, mixed by Pepe Lastarria (Kuervos del Sur, Mawiza) and mastered by American engineer Randy Merrill (Muse, Paul McCartney, Beck, Liam Gallagher). Furthermore, it is the fifth single from the band’s new studio album, after the release of ‘Fast‘, ‘Disobedience‘, ‘Megalomania‘ and ‘Thanks to Kafka‘.

‘Game Over’ takes on a new meaning with the restructuring of the group – marked by a more powerful and direct sound, uniting many of the songs on the new album.

The band worked on Beyond Drama between January 2019 and October 2021. The album reflects the painful moments that they went through during those years, from the pandemic and political turmoil in Chile, to deaths, splits, and a long internal crisis that almost ended the band. Beyond Drama is a photograph of a particularly difficult time for Aisles, but their love for the beautiful songs within kept them going.

In their time as a band Aisles have toured the Americas, Europe, and performed with prog legends Marillion, Focus, and Riverside.

In 2005, Aisles released their debut album, entitled The Yearning, recognized for its elegant and delicate melodic work, especially on epic songs such as ‘The Wharf that Holds His Vessel’ and ‘Gray‘. In 2009, their second album, In Sudden Walks, inspired by existential literature and by theater, was nominated for Best Foreign Record at the Prog Awards in Italy, and the group also participated in the 11th version of the ProgressifCrescendo Rock Festival in France. Their third record, 4:45 AM (2013), which looked into the loneliness of the human being, received rave reviews and was ranked among the best albums of that year in numerous publications specialised in progressive rock.

Their most-recent studio album, Hawaii (2016), a conceptual double album that narrates the life of humanity in space after the destruction of the Earth, was called a “masterpiece” and globally acclaimed by such august titles as Prog, IO Pages, and Chile’s premiere rock magazine, Rockaxis. The success of the album allowed Aisles to tour in Europe, the United States and Mexico.

In 2018, as a way of closing the cycle of Hawaii, they released the EP Live from Estudio del Sur, complemented with four videos recorded live that are found on YouTube. After the departure of their original vocalist, Sebastián Vergara, at the end of that year, Aisles introduced in September 2020 their new singer, Israel Gil, with whom they restarted their constant artistic evolution by releasing ‘Smile of Tears’, a new version of the song from the album In Sudden Walks. The band will release their fifth album on 5th April, 2023.

Previous article
BACKFIRE BURNS
Next article
PUNKS IN THE STREAM