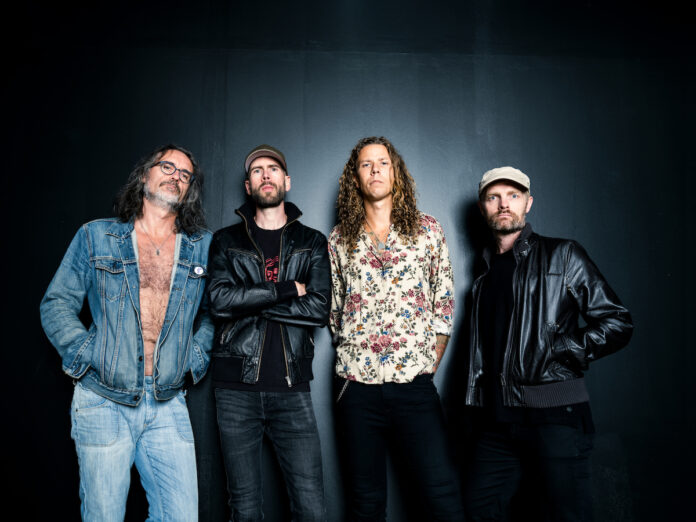 The second single leading up to the new album is called “Utopia” and is is out now on all streaming platforms together with a music video. The single sets itself apart from the rest of the album, starting off with an atmospheric and melodic arrangement of acoustic guitar and vocals before the bass, drums and electric guitars kick in with full force. All of the members in the band sing on each verse, and it’s the first song by Grande Royale that includes lyrics in Swedish.

Grande Royale’s album “Welcome to Grime Town” will be released on CD, Vinyl, and all streaming platforms on the 24th of March, 2023. The album is released on The Sign Records.