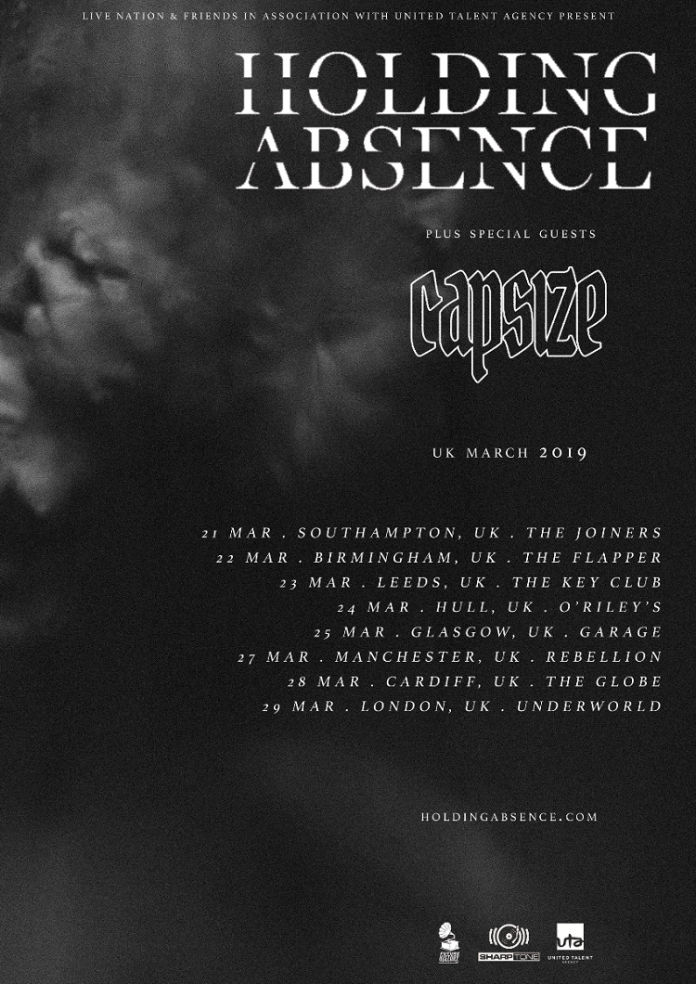 Cardiff’s Holding Absence have announced that their self titled debut album will be released through SharpTone Records on 8th March 2019. The post-hardcore quintet have also confirmed that they will be embarking on a UK headline tour in support of the record throughout March with special guests Capsize.

Vocalist Lucas Woodland had the following to say about the bands newly announced full length “After what feels like the longest time, we are incredibly happy to announce our debut self-titled album, “Holding Absence”. Lyrically and musically, we have pushed ourselves so hard to have an album that we fully feel represents this band in the best way possible. We’re so proud of this release, and cant wait for you guys to hear it.”