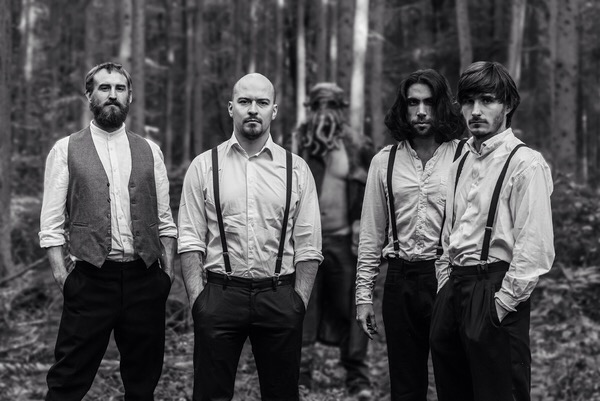 French band are getting weary
ABRAHMA are making another mystical offering today with new song “Weary Statues” streaming over at The Obelisk.
Try out Abrahma’s sonic power with “Weary Statues” NOW
The Obelisk’s very own wordsmith and mastermind JJ Kozcan comments on that new excerpt: “Both one of the most driving and most open-sounding cuts on Reflections in the Bowels of a Bird, it pulls together the varying sides of the record’s personality well, and speaks to the emotional and sonic intensity ABRAHMA bring to bear on their second offering.“
ABRAHMA’s second full-length “Reflections In The Bowels Of A Bird” will be out on May 12thvia Small Stone Records. This new offering from the French foursome heaves with psychedelic fervor but also digs deeper into influence from the early ‘90s Seattle rock scene, bands like Soundgarden or Alice in Chains.
“Reflections In The Bowels Of A Bird”
Out May 12th on Small Stone Records // Pre-order here