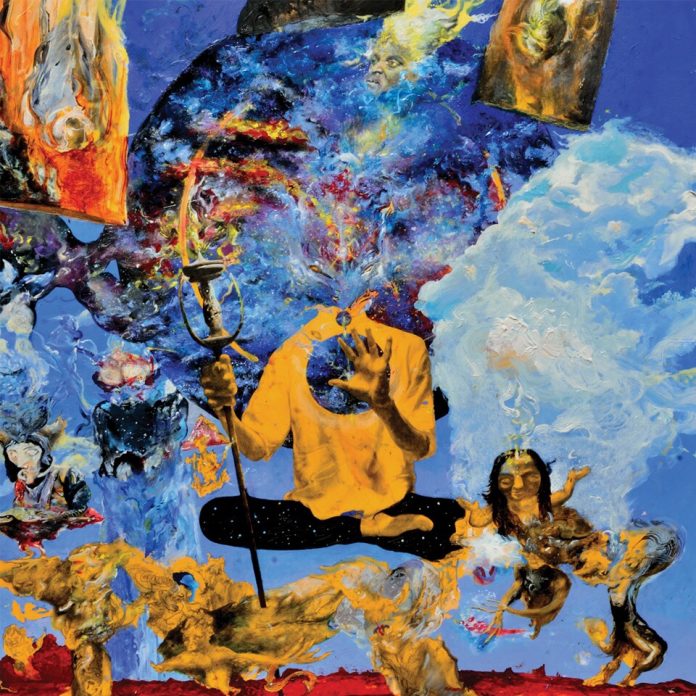 Name drop alert: the other week this site was lucky enough to interview Melbourne’s Mammoth Mammoth. One of the questions we asked Mikey and Bones was “how difficult is it for an Australian band to break through?” Their reply was quite illuminating and – as with most Aussies – pretty blunt: “It’s pretty tough because we’re so fucking far away from everything.”

From Sydney, it’s Aver’s turn to have a go at pushing on. And whatever Aver were a long way from it wasn’t a Black Sabbath record. The eight tracks here on the “Nadir” positively drip with classic, 1970’s thick grooves.

It starts with it’s best moment – and moreover one of the best single moments anywhere so far in 2015 – the close on ten minute freak out of “Devils Medicine” which lays down it’s cards early, “self medicate to a better place” offers up Singer/Guitarist Burdt. It is a wonderful song, full of incredible guitar tone.

After this, the challenge is to match the opener, and “Nest” almost does. Almost a continuation of what had gone before, it’s philosophy is very much “if it ain’t broke, don’t fix it.” The slow, meandering bass groove of “Rising Sun” offers an almost trippy interlude, stretching out to over eight minutes – it’s companion piece, “Setting Sun” is an instrumental and blissfully played.

What “Nadir” does so brilliantly – and why the Sabbath comparison at the start was not just lazily tossed in – is recognise, just like the originators, that, however much fun they are, there is more to life than just slow monolithic riffs and in the second half of the album the feel changes markedly.

“White Lies” is music for a chilled out summer day, content to watch the world go by and taking it’s own sweet time to get there, it can flex it’s muscles when it needs to, but it’s strumming for the most part is contented.

This theme is explored still further on “Promised Lands” which we might term their “Planet Caravan” moment. It occupies a headspace of a band who knows exactly what it wants to achieve and has a real 1960s feel.

Inbetween  those two, is “Caduceus” which sweeps in on a mighty opening groove, and takes many twists and turns before it’s done. In places it sounds like the best song Corrosion Of Conformity haven’t written yet.

“Nadir” is bookended by “Waves” with it’s thudding, deliberate, slow groove and finds them travelling space, searching for something or other. Whatever they find sounds like it was worth it.

Eight magnificent slices of something that is at once familiar but still manages to sound fresh. They are long tracks, yes, but not a second longer or shorter than they need to be. “Nadir” is anything but a low point. Aver may be the best doomy space rock thing to come out of Australia. And, even if it is a long way away as Mammoth Mammoth pointed out, that needs shouting about loudly.