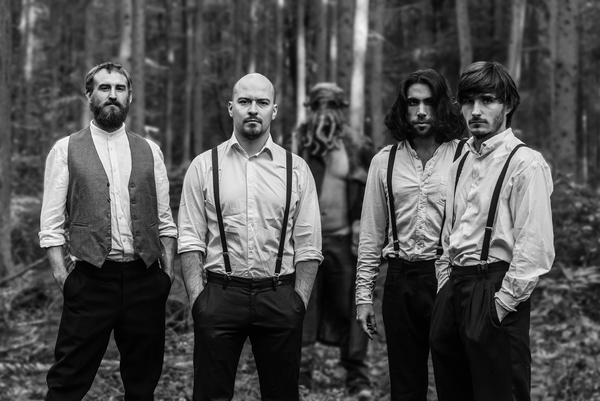 Heavy doomsters make second song from new one available
French heavy rockers ABRAHMA have teamed up with Terrorizer to present their epic new video “An Offspring To The Wolves”. This is the second excerpt off their new album “Reflections In The Bowels Of A Bird”, which will be released on May 12th via Small Stone Records.
ABRAHMA‘s frontman Seb Bismuth comments: “An Offspring To The Wolves is a deeply symbolic song that needed a powerful video, but we also wanted to avoid clichés and tawdriness. The Phantasma Company made it possible and the result is beyond all our expectations. We hope you’ll like it as much as we do, and enjoy this new except off Reflections In The Bowels Of A Bird”.
Watch “An Offspring To The Wolves” now on Terrorizer
With “An Offspring To The Wolves”, ABRAHMA deliver an absolutely hair-raising piece of doom grandeur, interwoven with dramatically dark and powerful vocals. Like the rest of the album, the band blends the thickness and languor of doom metal with deep influences from the early 90’s Seattle rock scene, which makes them stand out from the other stoner and heavy psych outfits.
New album “Reflections In The Bowels Of A Bird”
Out May 12th on Small Stone Records // Pre-order here