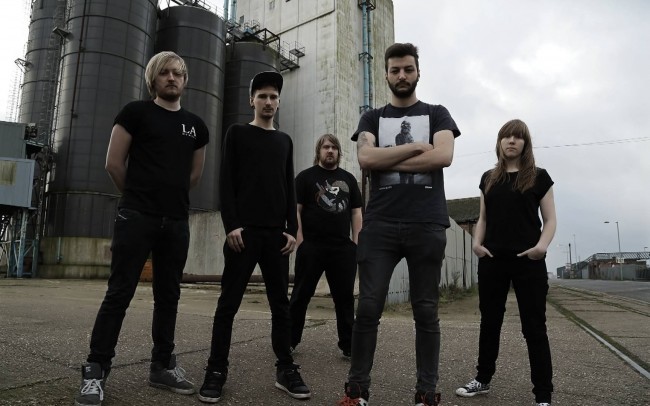 Latest single out now
Kent’s  melodic metalcore outfit  A Higher Demise deliver news of their latest video single entitled ‘Over & Over’.
Taken from their acclaimed 2014  EP release ‘The Doctor Will See You Now’, the track kicks hard with their trademark crushing guitar riffs, intricate dynamics & anthemic choruses, brought out to maximum impact courtesy of producer Jason Wilson ( You Me At Six/We Are The Ocean).
Since their EP release in Summer of 2014, the emerging 5 piece have captured the attention of rock and metal fans nationwide. Following their appearance at Attitude Metal Festival 2014, A Higher Demise have been bringing their sonic explosions to stages across the UK – earning support slots with Devilment, One Machine, Under The Influence and Leopards, along the way.  The band are currently writing new material for release in 2016. Expect much more to come from this young British act.
Buy ‘The Doctor Will See You Now’ EP
www.ahigherdemise.bandcamp.com
www.facebook.com/AHigherDemiseBand
www.twitter.com/AHigherDemiseUK