Dreamy proggists release new single
‘Time is a Machine Gun’ is the latest single from US based progressive shoegazers A Shoreline Dream and the start of what is an explosive album, slated for release in 2016. This follows the band’s fourth full-length ‘The Silent Sunrise”, which met with critical acclaim. A Shoreline Dream is Ryan Policky (Vocals, Guitar, Keys, Samples) and Erik Jeffries (Guitar).
With inspiration coming from a phrase stuck in frontman Ryan Policky’s head since childhood, the song focuses on the fact that time and life itself moves faster than we can ever fully grasp. Using space exploration as a backdrop to the layers of ambient dream tones, the message is that, all our lives, we are driven to explore, trying desperately to find a meaning to it all, much like the early space explorers of Apollo. “Time is a Machine Gun” represents A Shoreline Dream as they are in the fall of 2015… 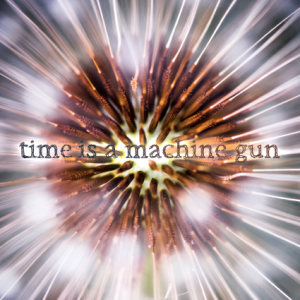 A Shoreline Dream originates from Barnum, Colorado, which is perhaps best known in association with P.T. Barnum’s circus empire. Their sound is best descibed as a “progressive shoegaze”, combining lush sampled textures, organic instrumentation, and vocals layered like a synth, similar in vein to bands such as Ride and Sigur Rós, while the production style is closer to early Dead Can Dance.

Over the past 8 years, A Shoreline Dream has churned out numerous releases under their own label (Latenight Weeknight Records), and have a working history with legends Ulrich Schnauss and Mark Kramer (Low / Joy Zipper / Galaxie 500). More recently, they landed distribution by one of the top UK indie labels (Rocket Girl Records) for a song written while visiting Ulrich Schnauss in Leytonstone, and have even remixed for progressive label gods K-Scope for a song by Engineers. A Shoreline Dream is also the last band to play live with shoegaze legendsChapterhouse in San Francisco on their 2010 reunion tour.

With a new album currently in progress, the band has decided to leak the album over the course of it’s production, by giving fans a preview into not only the current production vibe the band is undertaking, but also the timeline in which the album’s tracks were written. Feeling that every song in itself represents specific worldly/personal events as well as the seasons in which they are written, A Shoreline Dream wants to take a different path that doesn’t focus on marketing, selling & landing tons of PR from a full length album. The idea is to share on the fly, almost as if the listeners were observers of the album as it takes shape. Each song is a current event story, and A Shoreline Dream feels giving that story out as it happens makes the most sense… at least this go around.

‘Time is a Machine Gun’ will be released on October 16, and is simultaneously premiering in Overblown Magazine and Primal Music Blog. On October 23, they mark the release of this new single at a gig with Denmark’s The Foreign Resort at the Three Kings Tavern in Denver, Colorado. Showtime is 9pm.