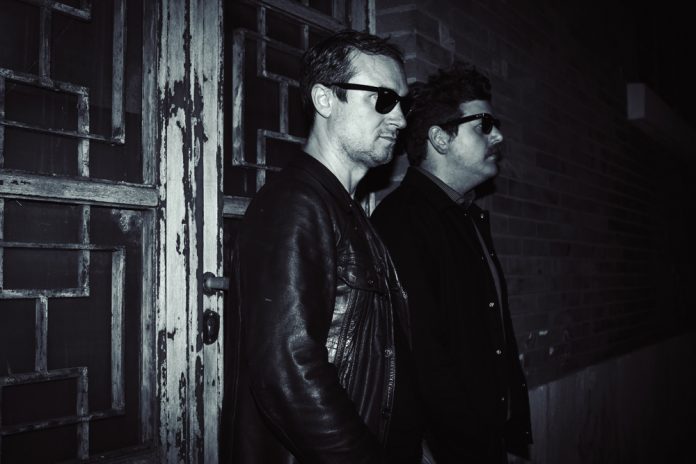 Highly-rated blues-punks J.D. HANGOVER have signed to Hound Gawd! Records for the vinyl reissue of their self-titled six-track mini-album.

The duo, from Florence, Italy, made an impact towards the end of last year with the original CD, cassette and download release through Italy’s Annibale label.

Since then, they’ve played several high profile shows with the likes of BOSS HOG, LYDIA LUNCH, PiL and a gig at London’s Borderline opening for THE SCIENTISTS.

Thanks to a string of great reviews, the record blipped on the radar of Berlin label Hound Gawd! – responsible for releases by THE FUZZTONES, TH’ LEGENDARY SHACKSHAKERS and JIM JONES – who decided to give it a vinyl release as a nod to those classic 12″ mini-albums popular in the 80s.

J.D. Hangover is a spin-off project of Stiv Cantarelli and Roberto Villa from STIV CANTARELLI & THE SILENT STRANGERS –  Italy’s answer to The Gun Club – whose most recent album, the Pete Bennett-produced Banks Of The Lea, received considerable praise on its release in 2014 through Stovepony.

“When you start something out of nothing, solely based on your feelings or on your needs in that single moment, it may not always be a joyful ride,” explains Cantarelli. “But when you see this thing grow, when you see that smile on the face of the people at gigs or the urge that they have to try to talk to you in order to get a piece of the action well, it makes you feel you’re on the right path.”

J.D. Hangover is released on 12″ vinyl and download on 11 January. Pre-order it here… https://www.houndgawd.com/shop/