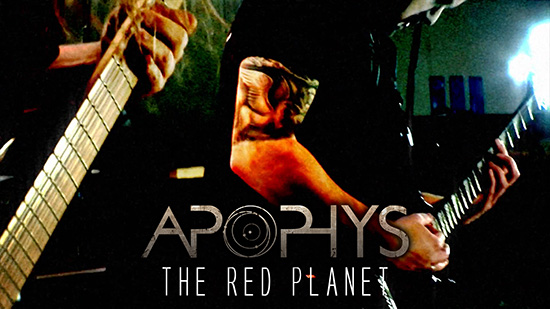 Dutch death metal newcomers, Apophys, have launched a new music video for “The Red Planet.” This track is taken from their debut album, “Prime Incursion,” which is available worldwide now. The video was shot and directed by Sebastiaan Spijker at Beyond the Digit, with makeup and effects by Timmermans at Horror Grime NL. As for the theme behind the visual, the band gives us the details in the following statement:

“The lyrical theme behind ‘The Red Planet’ is the idea of creation and transcending what has been done before. The main character in the song creates something so perfect he values it above anything else. We tried to weave this concept into the plot of our new video; you will witness an entity from a place unknown fashioning his own form of life, only to keep wanting more after the success of the first one. Things get chaotic, risky, and weird. In the end, his experiment results in five human-like organisms that will be the start of a completely new race.”