A Little Bit Of Bribery 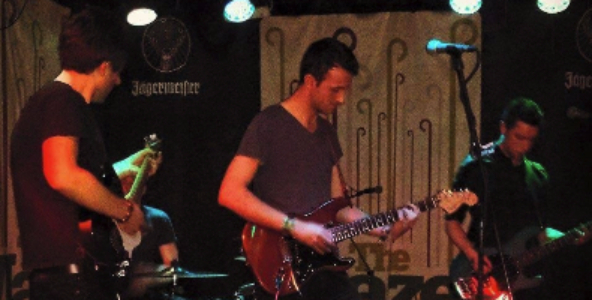 One of Nottingham’s newest and most exciting bands, Little Bribes have just released their debut double A-side single Reboot / Blood Bank on May 13th.

Having formed in February of this year over a love of early 90’s emo music, the band began writing material and playing shows in their hometown, before quickly making an impact in their local scene. Now, they’re ready to move on from the confines of the East Midlands, and are shifting their focus to touring the country and getting their music out to as many people as possible.

Opener “Reboot” is an upbeat pop-punk song in the vein of early 2000’s Alkaline Trio with a modern twist. To keep the organic energy of the band, both songs were recorded live at the legendary JT Soar in Nottingham and produced by Phil Booth, formerly Plaids.

The second song from the single is a cover of Bon Iver’s “Blood Bank”, where the band put their own aggressive spin on the timid song and turn it into a chaotic wall of noise. The result bears little resemblance to the original, managing to stand on its own merits.