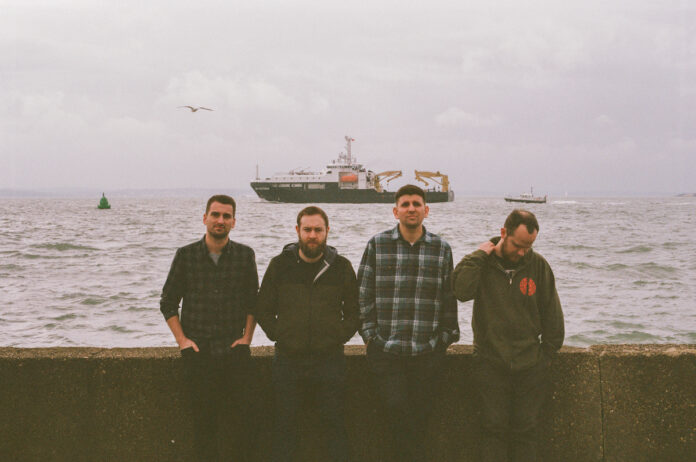 Portsmouth punk newcomers Young Pretorians are pleased to reveal their new single ‘Square Eyes’ which is out now via all good digital service providers.

A commentary on the divisiveness and insidious nature that can creep into reality TV and social media programming in the modern age, front man Pete Darwent says of the influences behind the single: “It’s easy to lose yourself in a TV show. Sometimes that binge worthy escapism is perfectly righteous, but it’s easy to get caught up in reality shows which parade unrealistic expectations and promote unhealthy obsessions. When we are bombarded with unrealistic ideals it can be easy to think you aren’t good enough, but it’s important to remember that a lot of these shows are manufactured, it’s not real.”

The second of a batch of two new songs produced by the highly acclaimed Neil Kennedy at The Ranch Studios in Southampton, the track follows on from their previous single ‘Why Worry?’ released last month to support from Vive Le Rock Magazine, Punktastic, The Punk Site, Noizze, Maximum Volume and more.

Continuing the band’s penchant for gruff street punk shot through with wry aphorisms on growing up and not-quite-moving-on, on the new single echoes of Hundred Reasons and Jimmy Eat World pair with flavours of The Menzingers and early Green Day in a perfect marriage that raids the best of your teenage punk record collection and brings it bang up to date.

As with much of their material, on ‘Square Eyes’ the band walk the tightrope of marrying teenage punk nostalgia with the challenges of growing up and rubbing along with mainstream society.

“Whether it’s TV or social media, sometimes it’s worth stopping to think about what the producers are trying to achieve,” continues Darwent. “Some things are there to bait us, to enrage us, to cause division. Some things are there to distract us from real world problems or move our focus from other events. We have to battle through targeted adverts praying on our every insecurity and encouraging us to spend as much as possible on things we don’t need.”

“I think a lot of people are constantly at their limit of being overwhelmed with trying to live up to all these unreasonable standards that are forced on us by TV and social media. People aren’t coping as well as they let on and whilst TV is part of the problem, sometimes that comfort show can get you through it. So if watching that entire box set is what you need to get through, then get on it.”

The band are also pleased to announce they will be supporting melodic punks WYRES (ex Failsafe) at The Castle Hotel, Manchester on 20th May 2022 at their sold out headline show, and also appearing at Southsea’s Icebreaker Festival this summer (see below for full listings).