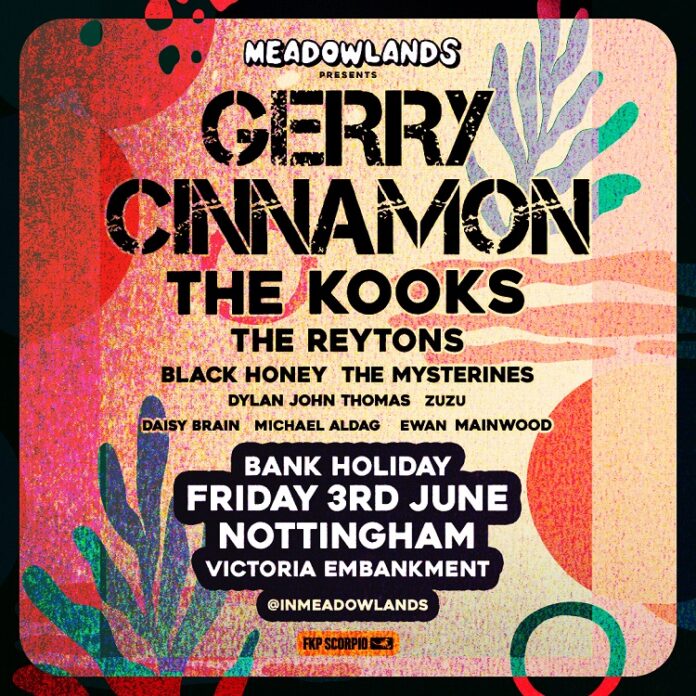 MEADOWLANDS, have revealed the first additions to the Gerry Cinnamon headlined all-dayer taking place on the Friday of the Jubilee Bank Holiday weekend (3rd June), at Nottingham’s Victoria Embankment.

Friday 3rd June will play host to some of the nation’s much loved and established live acts alongside some of the hottest bands to emerge over the last year. The additions include indie stalwarts THE KOOKS, Liverpool’s The Mysterines whose debut album ‘Reeling’ went top 10 in the UK album charts last week, Yorkshire breakout band THE REYTONS and festival favourites BLACK HONEY.