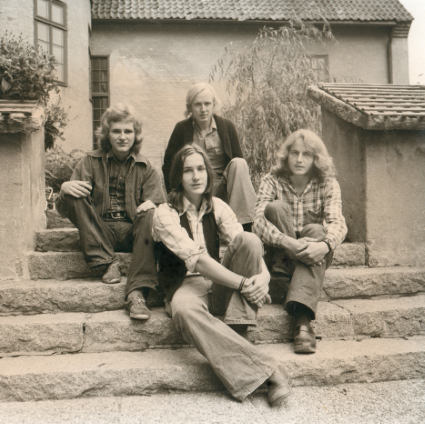 Roine Stolt’s first band are back – and there’s live gigs!

Kaipa are without doubt Sweden’s premier progressive rock outfit of the 1970s. The band’s highly regarded status within the Swedish music scene is also linked to the fact that former guitarist Roine Stolt (Transatlantic, The Steve Hackett Band) has risen to international acclaim in the prog community with his own band The Flower Kings which he founded in the mid 90s. This enormously helped put symphonic-progressive rock back on the musical map.
Under the leadership of keyboardist, main songwriter and founding member Hans Lundin, Kaipa have been more productive than ever since their reformation in 2002, with seven critically acclaimed and internationally successful albums released under their 21st century line-up.
From the band’s beginning in the mid 70s, Kaipa has been the brainchild of Hans Lundin. Although he would not necessarily regard himself as their “band leader” – Kaipa were indeed very much a “democratic” band in which every member had input into the music they would record and perform together.
1975:  Kaipa performed at various open-air festivals in the summer of1975 and embarked on a short tour in the autumn which included more radio broadcasts. They had a small hit on national radio with the track “Skogspromenad” too. The first album was released in December 1975 on DECCA to an enthusiastic public and critical response. Sales quickly went on to 10,000. A definitive success for a self-produced prog rock album, especially given that distribution was limited to Scandinavia.
1976:“Inget nytt under solen” was released in December 1976 to great response from their audience and the music press alike. The band’s music was often compared to that of GENESIS and YES, nevertheless Kaipa had developed their own style within the context of progressive rock. The album reached the Swedish top 50 chart, which was very unusual for this type of music. As with the first album, 10.000 copies of the new album were sold within Scandinavia.
2015:Both albums were remastered in January 2015 and are available on CD again for the first time in 10 years.
Three quarters of the original line-up are touring with this music in 2015. This time they play in Canada, all over Europe and in Japan. – see “on tour” below –