BAND OF THE DAY: CACHEMIRA 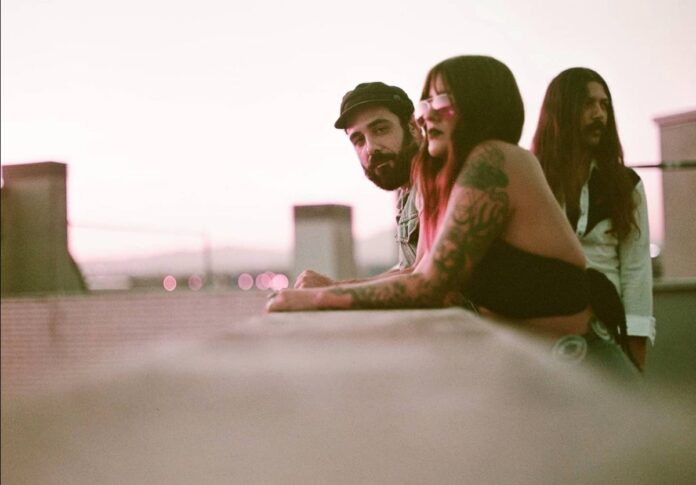 CACHEMIRA‘s sophomore album “Ambos Mundos” explores with maestria the realms of 60s and 70s classic and psychedelic rock, with an unbeatable fire and the powerful vocals of new member and bass player Claudia González Diaz. Explore some loud and high-octane bluesy jams propelled by a rock-solid rhythm section in the vein of Radio Moscow, Blues Pills or The Machine. The album will be issued worldwide in various vinyl formats, CD and digital on June 24th, 2022 through Heavy Psych Sounds.
CACHEMIRA ‘Ambos Mundos’
Out June 24th on Heavy Psych Sounds

CACHEMIRA was born in Barcelona after many nights of jamming together in the summer of 2015. It was originally formed by Alejandro Carmona (Prisma Circus) on drums and Gaston Lainé (Brain Pyramid)on guitar, later joined by Pol Ventura on bass. The trio released their first single ”Jungla” in 2017, and subsequently played across Europe before they went on hiatus in the summer of 2018. When Covid hit, the band felt the urge to jam and reform, welcoming Claudia González on bass and vocals, which tenure and powerfully soulful vocals insufflate take their sound to a whole new level. The trio is now signed to Heavy Psych Sounds for the release of their new album in June 2022.