BAND OF THE DAY: SCHATTEN MUSE 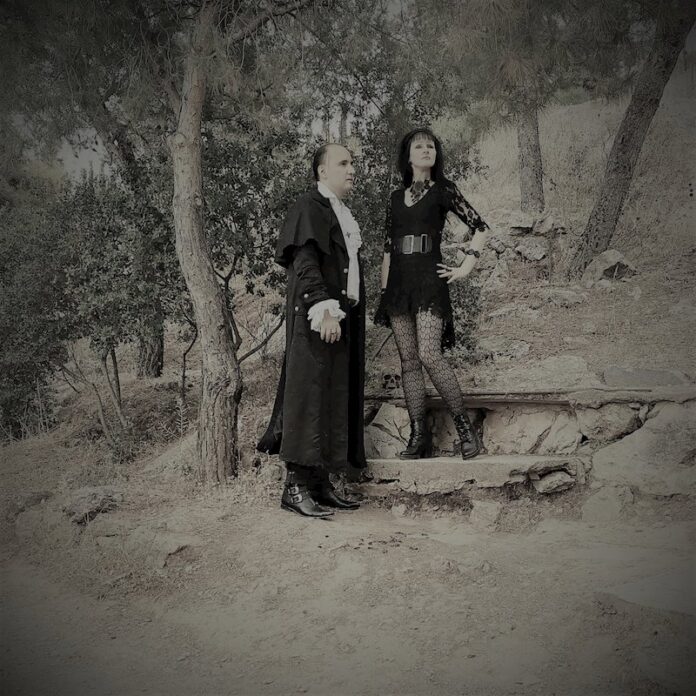 German-Greek conspiracy Schatten Muse have just released their debut album “Vergänglichkeit” via The Circle Music. Influenced by electronic underground sounds of the 1980s and 1990s, Schatten Muse is a duet consisting of Shelmerdine and Sylvia Fürst.

On “Vergänglichkeit” Schatten Muse give a new breath of life to the Neue Deutsche Todeskunst (New German Death Art) movement. With poetic lyrics about madness, desperation and isolation, Schatten Muse combine elements of dark wave, gothic, neoclassical and electro wave, all filtered through their personal prism and poetic mood along with dramatised and theatrical narration.

“Vergänglichkeit” consists of nine songs; seven of which are original compositions and two are cover tracks.

The cover version of Goethes Erben’s “Das Schwarze Wesen” marks 30 years of the track’s release. Goethes Erben, along with other bands, started the Neue Deutsche Todeskunst movement. Schatten Muse covered the song with a dramatised and theatrical narration. The album also consists of a cover version of the track “Shadowsphere” by Sopor Aeternus, a cult darkwave project from Germany.
Listen to the album in full: https://www.youtube.com/watch?v=YQmo1uXOOB4

The band members of Schatten Muse are no strangers to the gothic and dark music scenes. Schatten (Shelmerdine) is also a founding member of Dark Awake with which he has released over 20 albums and EPs. Muse (Sylvia Fürst) is credited for translating the song “Gott Ist Tot” (Antichrist War Mix) by Impaled Nazarene on the “Ugra – Karma” album released in 1993.

“Vergänglichkeit” is now available to order via The Circle Music –