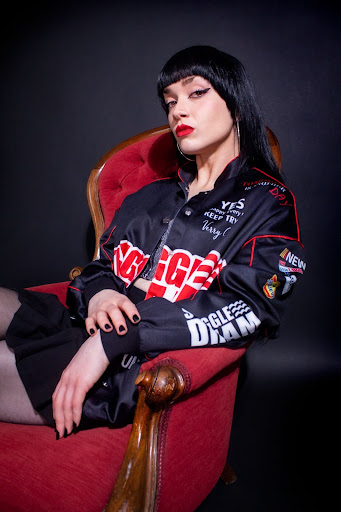 Freya Beer elevates her glam goth noir sound in new single ‘Love Child’, a fateful tale of toxic relationships and lifting the veil on this external saboteur. The London-based artist does this with all the cool flourish of an old Hollywood screen siren and the dangerous flair of a femme fatale, all wrapped up in this alt-rock wonder. The track embodies this cinematic essence, inspired by Beer’s most coveted films like Suspria, The Love Witch, Valley of the Dolls and many more of those which reside in the shadows of screen storytelling.

As such, the song’s narrative is peppered with pseudo-religious imagery hinting towards the toxic individual’s ability to pose as some sort of spiritual being, pulling our protagonist in closer while she fights tooth and nail to break free of the spell. The battle is portrayed through the dichotomy of the energetic, ear-wormy chorus and the creeping, quieter verses; mirroring the ebb and flow of their strained relationship.

Sonically ‘Love Child’ is built around heavily reverberted guitars, high-drama violins, theatrical drums (Owain Hanford) and brooding bass lines (Arnoldas Daunys). All of this is brought together through the production of Peter Hobbs (The Boy Least Likely To).

“My new single ‘Love Child’ is an important release as it touches upon the subject of “gaslighting”. In comparison to my previous releases, this is not a love song. The lyrics speak from the experience of coming across individuals in life who undermine and try to claim your knowledge and creativity by opposing themselves as the victim in the situation they’ve caused. The subject of the song is something which I haven’t touched upon in my songwriting before but being able to share it on a wider platform and become a story which people can relate to is a way of telling my story.”

The music video is directed by George Mills and produced by Say Goodnight Films.

Check out the dates for  Freya Beer’s upcoming shows:

1st May – Sounds From The Other City Festival, Salford, UK