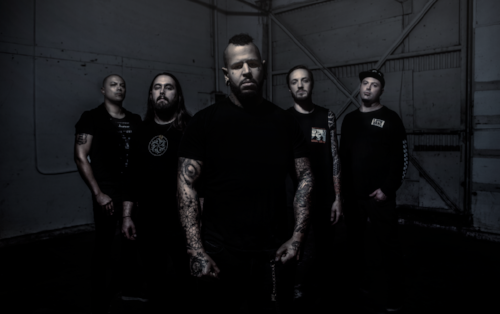 Topping charts worldwide this past weekend, Bad Wolves’ cover of The Cranberries’ ‘Zombie‘ has hit #1 in multiple countries around the globe. The track will appear on the band’s debut album Disobey, coming out May 18th on Eleven Seven Music.

Stateside the song hit the triple, becoming the iTunes #1 overall, plus #1 rock and metal. It also hit #1 Rock and #1 Metal on iTunes in The Cranberries’ home country of Ireland, the UK,  Canada, Sweden, New Zealand and Australia.

The unstoppable hit single was first released by The Cranberries in 1994, the original trackhit #1 across the globe, including the Billboard Alternative Songs Chart. The song returned to the Top-Ten on the US Rock Charts shortly after news of Dolores O’Riordan’s passing earlier this year.

O’Riordan was slated to record vocals for Bad Wolves’ cover of the track (which she described as “killer”) on the day of her passing.  The band decided to release the song in her honour with all Bad Wolves’ proceeds going to her children.

As a new generation discovers ‘Zombie’ thanks to Bad Wolves, the track shows itself as a timeless hit with staying power that reaches across the ages.

Bad Wolves will tour extensively in 2018, with US tour dates supporting Five Finger Death Punch and Shinedown running through April and May, with more worldwide dates TBA.