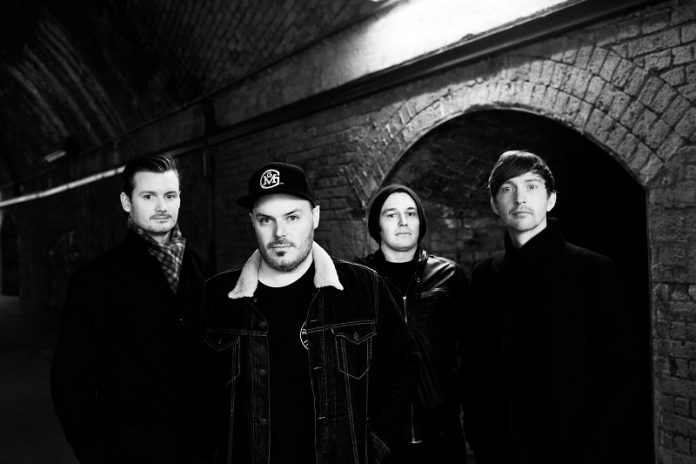 London heavy contingent Limb set the controls for the heart of the sun with their third record on New Heavy Sounds.

‘Saboteurs of the Sun’ sees Limb hurl themselves skyward to discover new worlds within the riff–time continuum. Building on their previous two records, which positioned Limb in the thick of the UK heavy fuzz scene, the band now move beyond their sludge–doom origins to explore a cosmos of bubbling synthesizers, screaming organs, ecstatic choirs and galaxies of wild unidentified sounds.

Vocalist Rob Hoey says, “We’re not a band that wants to get complacent. For our third record, with the wider world around continuing to fall apart, we wanted to address big, grand themes. And to do that, we had to broaden our sonic palette.”

That’s not to say that Saboteurs of the Sun jettisons any of the stomp and swagger that Limb have made their own. The grooves, the power and the chops are all there in spades – helped by a masterful production from Russ Russell (Napalm Death, At the Gates, etc.). Each of the 10 songs that make up this record is a vignette, telling a story that could have sprung from the mind of sci-fi visionary Philip K Dick – tales of reckoning with a world that is incomprehensible.

‘Wych Elm’ is the first track to be shared from the album and vocalist Rob Hoey explains the story behind it:

“In 1943, a woman’s dead body was found stuffed inside the hollow trunk of a wych elm tree in the West Midlands. No-one knows who she was. Perhaps she was a Nazi spy, perhaps a local prostitute, perhaps the victim of an occult killing – after all, her severed hand was found elsewhere, consistent with the ‘Hand of Glory’ ritual. The mystery remains very much alive through the enigmatic reappearance of graffiti asking, “Who put Bella in the wych elm?” We still want to know.”

‘Saboteurs of the Sun’ is ambitious and thoughtful, boldly bucking the system and revealing something new with every play. But most of all, it is the sound of a band bursting free from the world that made it, unapologetic and unafraid of what it might find.

After tours across Europe and the UK with acts like Black Moth and Vodun, gracing the stages of Desertfest, Hammerfest and Into the Void, Limb’s live set looks to go into interstellar overdrive with ‘Saboteurs of the Sun’.

Saboteurs Of The Sun will land on May 25th, and will be available as a deluxe LP package, with orange and green vinyl, including a free cd of the album and full download, as well as cd and digital formats. Pre order it here: https://cargorecordsdirect.co.uk/products/limb-saboteurs-of-the-sun