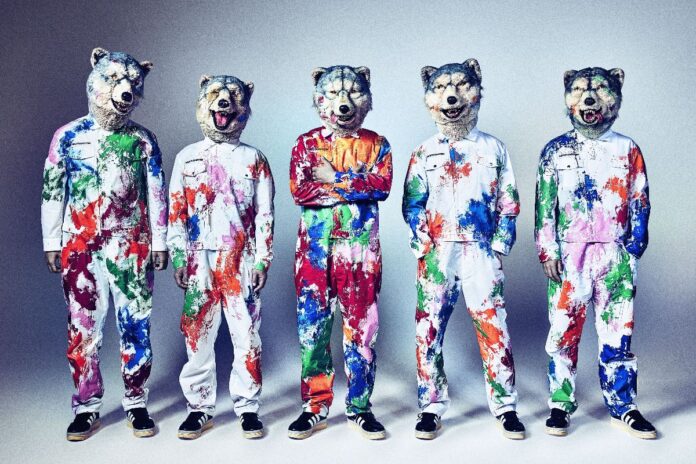 Japanese superstars MAN WITH A MISSION have released their brand new single ‘More Than Words’, the latest song to be taken from their forthcoming album Break and Cross the Walls II out May 25th via JPU Records.

‘More Than Words’ is a danceable and dynamic rock song featuring vocals in both English and their native tongue which focus on the need for unity and togetherness to succeed. The single is the main theme song for Radiation House: the Movie, which will be released (in Japan only) this weekend.

MAN WITH A MISSION bassist and songwriter Kamikaze Boy has a special connection with the song and says, “It’s about people sharing thoughts and feelings, even though they have a hard time exchanging words.”

‘More Than Words’ is the latest MAN WITH A MISSION single to join the Radiation House franchise, following their 2019 hit single ‘Remember Me’ featuring in the soundtrack for the Japanese TV show.

As modern-day Japanese cultural icons, further MAN WITH A MISSION songs from the forthcoming 14-track album have been selected for syncs across film, TV, gaming and sport including; ‘Blaze’, the opening theme from the TV anime Mobile Suit Gundam: Iron-Blooded Orphans Special Edition, ‘Perfect Clarity’ from last year’s movie Hinomaru Soul-Behind the Scenes Heroes, ‘All You Need’ featured song in the game app A.I.M. $ -All you need Is Money and ‘Tonight Tonight’ which was the theme song for the X Games Chiba 2022 Presented by Yogibo.

The album is the companion work to Break and Cross the Walls I, released last November, whose cover showed the five wolves playing chess; the dominant shades – black and white – representing the conflicts occurring all over the world at this time.

On Break and Cross the Walls II, the album reflects a world bursting into colour – from conflict to harmony, with a striking visual image – five wolves in paint-splattered, multi-coloured jumpsuits creating a new world of hope and peace!