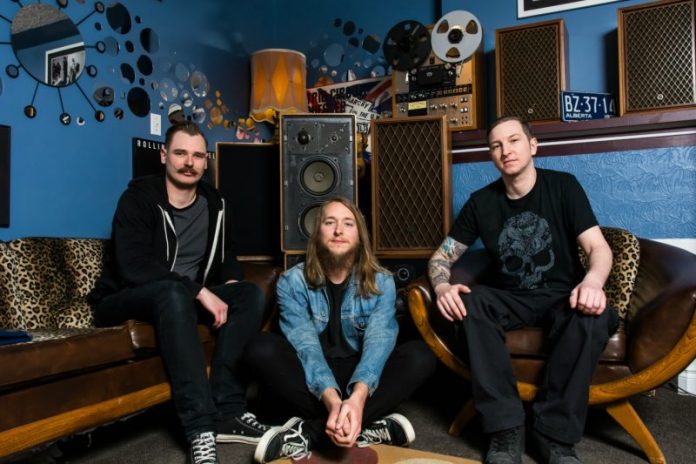 April 1, 2017
Reading time: 2 min.
Facebook
Twitter
Pinterest
WhatsApp
Linkedin
Email
Print
Telegram
Copy URL
By Andy Thorley
Slathered in rock and roll riffs and dealing with a case of wanderlust, Calgary’s rock revival heroes WOODHAWK set out to unleash their debut full-length ‘Beyond The Sun’ paired with dates across Western Canada.
The riff wizards just released a video for their single ‘The High Priest’, which showcases their lyricism and fanaticism for musical perfection. Lyrically the song questions individual power and how people can either use it for good or evil.
Their album ‘Beyond The Sun’ is produced by the band with Jesse Gander (Bison, Japandroids) and is slated for release April 7, 2017. Pre-order of Vinyl, CD or Digital with an instant download of the first single ‘The High Priest’ available via their bandcamp at https://woodhawk.bandcamp.com.

“This album has been years in the making and really shows the evolution of the band. We focused hard on making not just making good riffs, but good songs. Doing this album, and with Jesse Gander,  no less, was a bucket list goal for us. So to be in Vancouver and recording with someone who we truly admire, was something that we feel is reflected in the album.” says vocalist / guitarist.

After opening for Truckfighters, Yawning Man and We Hunt Buffalo in Calgary, WOODHAWK will be hitting the road for tour of Western Canada to quell their hunger for playing shows.