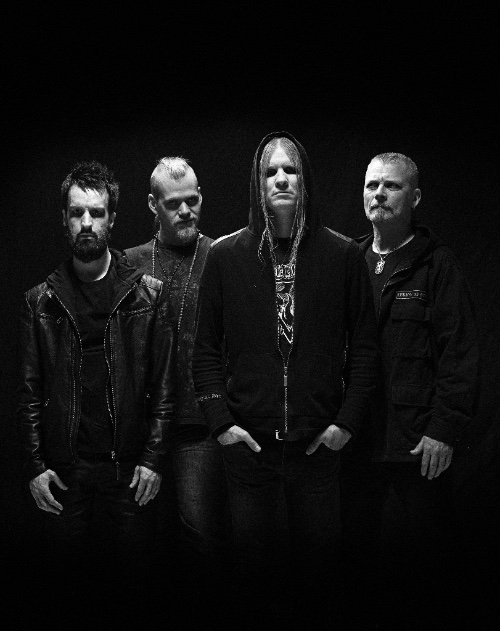 After two highly successful music videos “Daimon‘” and “Tornekratt” from their Norwegian Grammy award winning album “Profan”, Kampfar have made an untraditional move and created a video for a song from a previous album, namely the “Mylder” track off of companion album “Djevelmakt”.

“We never managed to promote this album as well as the latter one, mainly because of complications when putting together tours, and when we so quickly went in and wrote and recorded ‘Profan’ and the just as fabulous ‘Djevelmakt’ did not get it’s fair share of attention. Seeing as this song is a mainstay in our live set, a statement of everything that Kampfar represents as one of the leaders of Norwegian Black Metal in this age, we felt the need to visualize it and create something unique in this time of low budget music videos.” – Ask Ty, Kampfar

Developed together with the duo Marcin Halerz and Maja Makarewicz of Red Pig Productions, the band again traveled to Krakow, Poland to film their scenes. Based on core ideas behind their three latest albums, and scetched out by the band themselves, the video was put together to reflect the visions of both band and filmmakers.

Kampfar has experienced major success with their latest albums and tours. From succesful headlining tours with bands like Hate, Vreid and Dreamarcher, to support slots with bands like Gorgoroth and Borknagar, the band has proven night by night, city by city, that they belong among the utmost elite of live metal acts today.

Performances at the most important metal festivals of our day, like Wacken Open Air, Hellfest, Tons Of Rock and Brutal Assault have also cemented their status as the flag bearers of all that is great about Norwegian black metal.