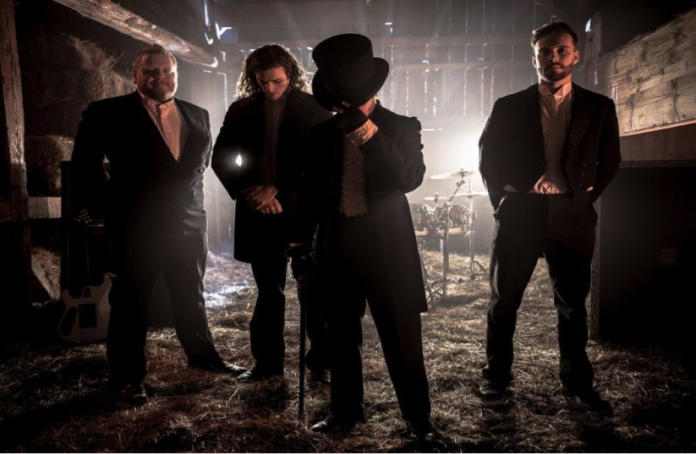 Ice Nine Kills have revealed the third and final chapter of their video trilogy with the song “Nature Of The Beast”. The final installation continues the narrative of 2015’s “Communion Of The Cursed” and last year’s “Hell In The Hallways” music videos.

Taken from the band’s latest album, Every Trick In The Book, which showcases the band’s love for story-telling and reflects on the dark side of such classic stories, creating vibrant narratives mixed with the band’s trademark sound, “Nature Of The Beast” pays special tribute to George Orwell’s novel “Animal Farm.”

“The message of that book seems particularly relevant, given the dangerous political climate which engulfs our country at the moment,” explains vocalist Spencer Charnas.

Every Trick In The Book is available on iTunes.

Ice Nine Kills tour the UK in May as part of Slam Dunk Festival, as well as an additional show in London supporting I Prevail.

ICE NINE KILLS – Spencer Charnas (Vocals), Justin “JD” deBlieck (Guitar), Justin Morrow (Bass), Conor Sullivan (Drums) – Through the art of intricate song writing and elaborate story telling, Boston MA’s Ice Nine Kills have the ability to engage and captivate listeners, winning over a fanatical legion of followers across the nation. The drive and dedication of Ice Nine Kills has made a lasting impression on fans both sonically and through their explosive live show, creating a kinetic energy through each performance. Armed with a new collection of songs, Ice Nine Kills stand poised for their biggest chapter yet. The band’s latest release, Every Trick In The Book, debuted at #1 on the Billboard Heatseeker’s Chart and sold over 7,000 copies in its first week.