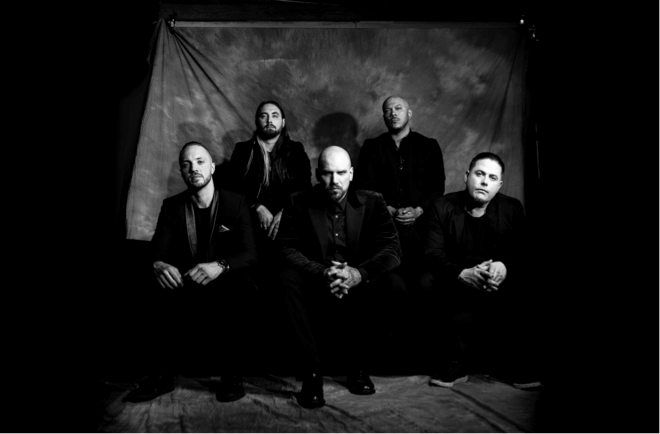 Today,platinum-selling, chart-topping rock band Bad Wolvesannounce the arrival of their third studio album Dear Monsters on October 29via Better Noise Music. The album serves as the official introduction to new lead singer DL, whose addition to the line-up was announced by the band earlier this year. The album is preceded by lead single “Lifeline,”which the band released today in celebration of the news of the album’s upcoming release. The track is an epic rock song, showcasing DL as a dynamic vocal force, bringing to life the emotional urgency of the lyrics. The band also released the official music video for the song today, which takes viewers on a haunting journey, setting the tone for the new album and its theme of confronting one’s demons.  “Lifeline” is now available to stream or download across platforms HERE.  Watch the official music video HERE. Pre-order or pre-save Dear MonstersHERE.

The band took to their social media channels earlier this week to address the very public exit of their former lead singer and recent accusations surrounding the line-up change. You can read the full statement below, in which they defend the band’s creative legacy and dismiss any fales and inconsistent claims against the band’s integrity:

Since Tommy Vext quit Bad Wolves in January, we have all largely stayed silent.  We were prioritizing our search for a new singer, making music and focusing on the band’s future.  We have all put a tremendous amount of heart and soul into Bad Wolves, and we owed it to our fans to make a third album that is the band’s best yet.  We are happy to share that we’ve accomplished that, and we can’t wait for you to hear it.  The album is called DEAR MONSTERS, and it will be out October 29. The first single, called “Lifeline,” is coming out this Wednesday, September 8, with a new music video. It will be the first taste of the next chapter with our new singer DL, who is an incredible talent and welcomed addition to the band. We think our fans will appreciate the renewed energy and range he brings to Bad Wolves.

It’s unfortunate we must bear witness to Tommy Vext’s never-ending temper tantrums on social media, filled with fraudulent claims and sad attempts to defame members of our band and our team. The truth is that Tommy was abusive – both emotionally and physically – while in the band, and he continues to be abusive since quitting the group. He has childishly asserted many falsehoods. Refuting them all would be a waste of time and divert our energy from making music, which is our priority.  However, we will not stand for our artistic contributions to be diminished, so here are some points that we feel are important to clarify before we move ahead with the next chapter:
●     Ten of the 13 songs on our first album Disobey were musically written and recorded before Tommy ever joined the band.
●     “Killing Me Slowly” is an example of a song done in collaboration with outside writers.  Tommy changed a few lyrics and then publicly claimed to be the mastermind behind the song.  That is false, which is why others, including members from the from the band, are credited on the track.
●     When we were shooting the video for “Better Off This Way (feat. Dorothy)” [a song co-written by Doc Coyle, John Boecklin and Brandon Sammons], Tommy refused to let any other members be in the video.  Then, to make matters worse, he illegally leaked it after quitting the band.

Bad Wolves is and will remain a creative collective, where no one member, inside or outside the band, holds the key to the group’s success.

In June, the band members John Boecklin [drums], Doc Coyle [lead guitar, backing vocals], Chris Cain [rhythm guitar], and Kyle Konkiel [bass, backing vocals] officially welcomed DL as the new lead singer of BAD WOLVES, saying, “DL is one of the most talented and hard-working people we have ever had the pleasure to know.  He is a team player, a creative force, and overall a great human being who fits perfectly with our BW family. It feels incredible to be surrounded with such positive energy and the music we’ve made is certainly reflective of this new-found optimism and collaborative spirit.  This new album shows a more cohesive and unique reflection of the band. There is a lot to prove and expectations are high with a new singer coming in. And we nailed it. We are sure you will agree that this is our best album yet.”

DL has carved out an impressive career for himself over the last 15+ years, most notably as a founding member and lead guitarist of metalcore band The Acacia Strain, in which he was a member from 2001 to 2013. A talented songwriter and producer, he’s also worked on projects with All That Remains, Legion, For the Fallen Dreams, and collaborated with Bad Wolves on their 2019 studio album N.A.T.I.O.N., for which he was credited and where the creative relationship with the band started.

The band is excited to hit the road soon in support of the new album and to continue building their legacy as one of top played and most successful rock bands of modern times, with five rock radio # 1s already to their name. More details surrounding touring will be revealed at a later date.