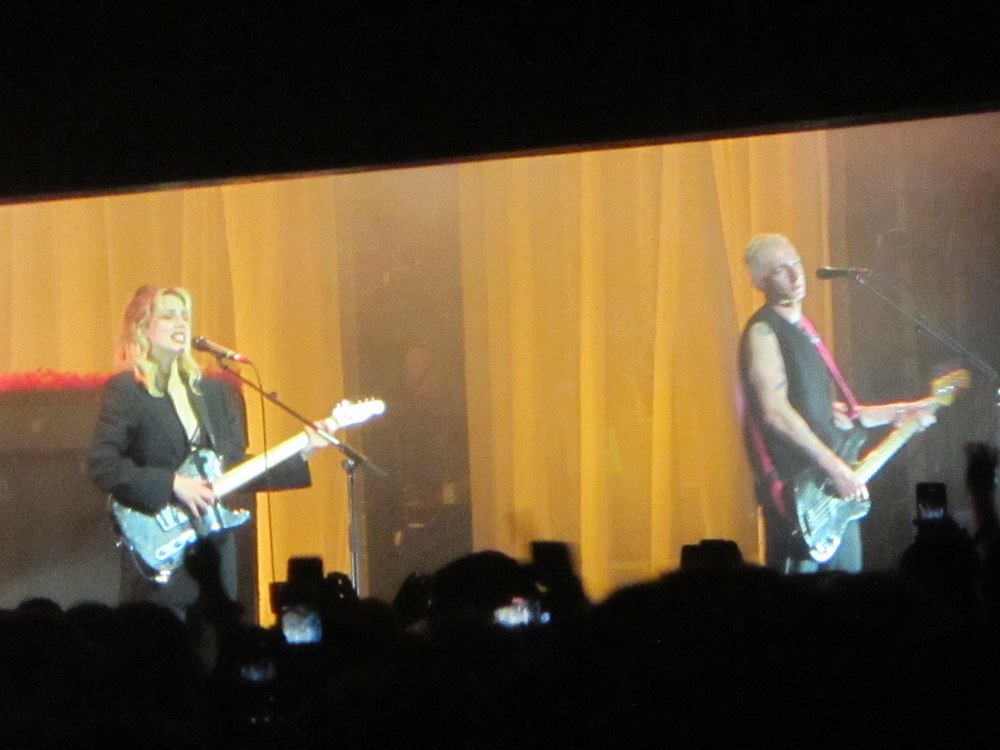 Last year Fontaines DC was the hottest ticket in town and this year it is London based Wolf Alice, who are a band that are tipped for big things and if i`m honest, i`ve wanted to see for some time. Their third album `Blue Weekend` released last year garnered universal praise and obviously with that amount of attention comes a certain amount of pressure. The band have recently released a deluxe tour version of the album with some additional live tracks. Their eighteen-date trek around the UK and Ireland arrived in Birmingham on the final show before they head off to the States then Australia and around Europe with festivals that will keep them on the road until the end of November. A sign of a band in demand can always be measured by how many ticket touts are trying to buy and sell outside the venue and tonight there is a fair smattering.

First up tonight are Glasgow`s indie rockers Lucia & The Best Boys, who along with fellow Glaswegians The Ninth Wave and Walt Disco are starting to make waves nationally. They open with the breezy `Summertime` and share a pretty enthusiastic and well received half hour set which included tracks like `Forever Forget`, `Building Castles in the air`, `You`re so sweet you should die` and ending on the stunningly hypnotic `Perfectly Untrue`. Lucia has a delightful vocal range and at times reminded me of singers such as Siouxsie Sioux, Siobhan Fahey and Shirley Manson. This was a well-structured and well received set that built as it progressed and has definitely put them on a list of bands I want to see again. A brief yodelling cowboy tune rings out as this four piece arrive on stage and slam straight into the hypnotic almost rapped `Smile` a song about people who make assumptions about you. The edgy `You’re a Germ` follows before things slow down with the breathy `Formidable Cool`.

The dreamy `Delicious Things` gets an airing before `Lipstick on the Glass` with Ellie Roswell showcasing the higher scale of her vocal range. We have some pounding drums from Joel Amey driving `Planet Hunter` before Joff Oddie and Theo Ellis take stools and supply an acoustic guitar accompaniment to `Bros` a song written about friendship.

`Safe from Heartbreak (If You Never Fall in Love)` and the delicious `How Can I Make It OK?` lull us into a comfortable zone before the punk like `Play the Greatest Hits` shakes us back to life with its shouty and screamed vocals and 100 mph blistering guitar riffs and pounding drums.

`Feeling Myself` is offered with a quite understated vulnerability before `Silk` is dispensed with a chanted almost spoken word vocal and `Visions of a Life` has a fast / slow grungy vibe in its live format.

The final tracks `Moaning Lisa Smile` has a real grungy texture, `No Hard Feelings` a gentler piece gives us a little respite before the pounding, thumping `Giant Peach` closes out the show and has this frenzied audience singing and clapping along.

It doesn`t take too long before the band return for a two song encore with the quite haunting `The Last Man On Earth` where lit phones are held aloft and light up the venue before the reflective and thoughtful `Don`t delete the Kisses` closes the night out.

The set was around eighty minutes long but crikey they managed to bash out eighteen songs of which half were from the latest album. There was a real energy and buzz about tonight and it really felt like it was a kind of goodbye to these intimate venues, well as much as a sold out three thousand capacity venue can feel intimate. Tonight, had that feel of us all being witness to a band that seem to be on the cusp of something really special. A gig that maybe thousands will try and convince you that they were there and saw the band before they were playing stadiums.

Terrorvison had a song years ago that asked the question “Alice, what`s the matter?” and on the strength of this evening the answer to that is ABSOLUTELY NOTHING!!