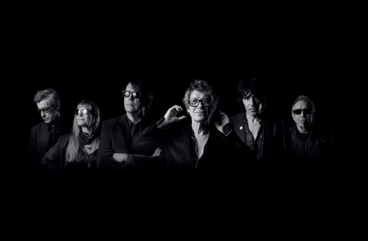 The Psychedelic Furs confirm their live return in 2022 with a whistlestop run of UK dates.

Kicking off in Nottingham’s Rock City on 2 April, the tour will see the iconic post/punk band take in shows in London, Glasgow, Liverpool, Manchester, Cambridge, and Bristol
To accompany them on the tour, the Furs are very pleased to announce they will be joined by old friends and special guests:Wasted Youth. Reforming in 2022 for what will be some of their first live shows in nearly four decades, the revived post/punk outfit will be providing formidable support at a number of the upcoming April fixtures. With a line up featuring all of their surviving members including Rocco Barker (guitar), Nick Nicole (synth), and Ken Scott (vocals and guitar), Wasted Youth will be reacquainting audiences with a selection of favourites from their revolutionary back-catalogue which features such gems as “Rebecca’s Room”, “Wildlife” and “I’ll Remember You”.
In addition,The Furs can also announce that they will be joined for all of their regional shows by Pauline Murray and the Invisible Girls, the legendary lead vocalist of Penetration as-accompanied by John Cooper Clarke’s backing band.
At the London Royal Albert Hall, support will come from longstanding musical innovator Jah Wobble & The Invaders of the Heart.
The dates will see Psychedelic Furs performing a number of tracks from their critically acclaimed 2020 album Made Of Rain, alongside many of their worldwide hits and fan favourites.
Full dates and details can be found below:
PSYCHEDELIC FURS APRIL 20222nd     Nottingham Rock City ^5th      London Royal Albert Hall  * **7th      Glasgow SW3 ^8th      Liverpool O2 Academy ^ **10th    Manchester Academy 2 ^ **12th    Cambridge Junction ^ **13th    Bristol O2 Academy ^ ***Jah Wobble & The Invaders of the Heart** Wasted Youth
^ Pauline Murray and the Invisible Girls
TICKETS ON SALE FOR ALL SHOWS NOW:
https://thepsychedelicfurs.com/#shows

They released many classic singles throughout the ’80’s and into the 90’s, including: ‘Sister Europe,’ ‘Love My Way,’ ‘The Ghost In You,’ ‘ Pretty In Pink,’ ‘Heaven,’ ‘Heartbreak Beat,’ ‘All That Money Wants’ and ‘Until She Comes.’
The Psychedelic Furs will tour the UK throughout April 2022.
* * * * *
FOR MORE INFORMATION
OFFICIALFACEBOOKTWITTERINSTAGRAM