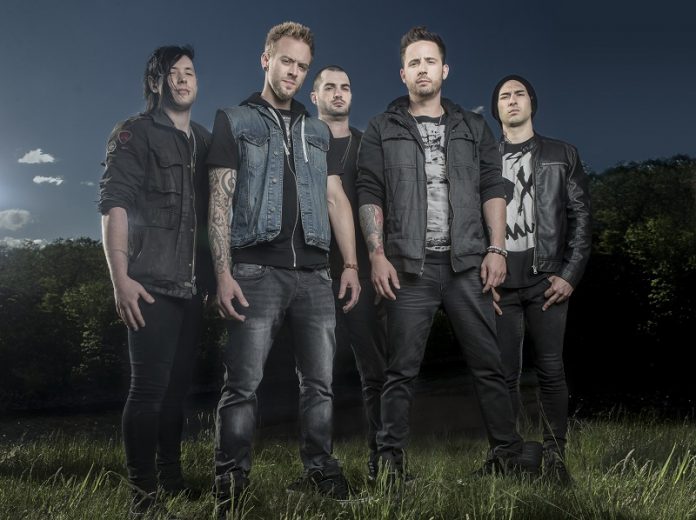 From Ashes To New have premiered a brand new video for the alt rock anthem that is ‘Lost and Alone’, taken from their recently released debut album ‘Day One’.

Lost and Alone’ is the second focus track to come from the album, following the single release of ‘Through It All’.

Hailing from Lancaster, Pennsylvania; the band features double front-men Matt Brandyberry (responsible for the relentless twisting verses) and Chris Musser (delivering razor edged vocals) and they are already dealing in the sort of arena-ready anthems that will make you want to kick your 9-5 into the middle of next week.

Fuelled by the monotony of dead end jobs in a small, post-industrial blue collar town, FATN have written a collection of gut mangling tracks blending rap, rock, metal and riffs to create a dynamic aural antidote to the modern life grind.
With a US arena tour with Five Finger Death Punch and Papa Roach already under their belt and a record deal along side some of the best known rock acts out there, From Ashes To New look set to take their message to a bigger stage they could have ever imagined.

Previous article
Get Away
Next article
For Ever