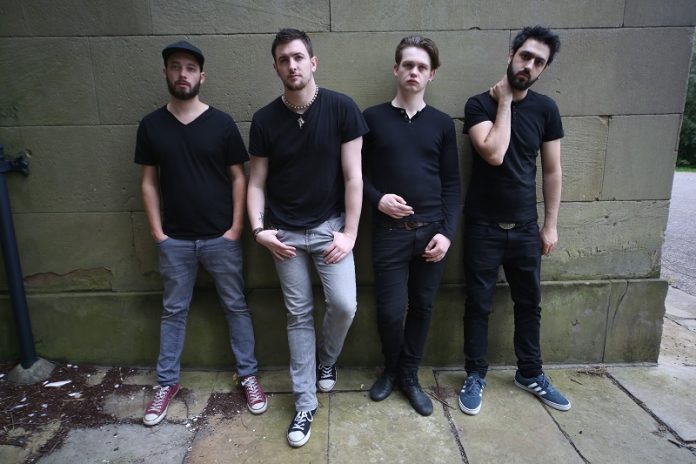 Manchester melodic hard rockers Iodine Sky have released the first video from their eagerly anticipated debut album ‘Tides’. The track, ‘So Far Away’ was recorded with Creed and Dark New Day‘s very own Brett Hestla.
Iodine Sky have one goal; to create anthemic songs with the catchiest hooks you’ve ever heard.

Vocalist Aaron comments:
“So Far Away in short is about depression, we wanted to send a message to say “you’re not alone, don’t give up”. Its the first song we ever wrote in the band and it’s what made us carry on … We’ve dedicated all the profits and theme to support project semicolon which is an amazing non profit movement to support those suffering with depression, alcoholism, addiction etc. You can find their site at http://www.projectsemicolon.org/“

Formed in 2013, Iodine Sky quickly recorded debut singles ‘So Far Away’ and ‘Summer Song’ with Brett Hestla. The band impressed him so much that the following year frontman Aaron flew out to Florida to join the likes of Mark Tremonti (Alter Bridge), Clint Lowery (Sevendust), Will Hunt (Evanescence) and more on Brett’s solo album. The bands upcoming album ‘Tides’ was also recorded with Brett, and will be released on the 27th of May 2016.

Members of the four piece have already played with the likes of Forever Never, IDEFI, Zico Chain and Kobra and the Lotus. Few bands can boast 4 part vocals live, pounding drums with blazing guitars and one hell of an energetic performance, we dare you to come to a show and not want to join in.

Iodine Sky recently released the first details of ‘Tides’ including the track listing and stunning artwork (both of which can be seen below). Heaving a weight of experience behind them, with the upcoming release of ‘Tides,’ 2016 promises to be the year that Iodine Sky conquer the globe.

Previous article
Isn’t It Ironic?
Next article
Win The Ashes