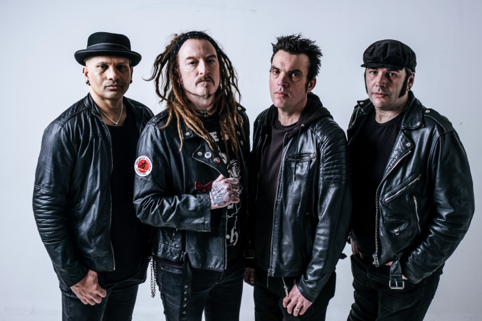 Pioneers of British rock as we know it, THE WILDHEARTS will be hitting the road this Autumn.
The news follows the release of their latest single “Remember These Days” – out now on Graphite Records.

WithThe Wildhearts classic line up of Ginger, CJ, Ritchie and Danny still holding strong, this creatively brilliant band who helped change the landscape of British rock through the 90s is showing no sign of slowing down.

Their incendiary live performances over the last few years have seen the band’s popularity hit new heights. Looking to cement their reputation and legacy as one of the best bands the UK has ever produced into 2021, the band are delighted to announce new shows this Autumn in Sheffield and Birmingham – dates and details are as follows:

The live shows follow the release of “Remember These Days”, a riotous and brutally honest offering full of classic-rock attitude and the band’s signature rowdy sound.

Sometimes inspiration strikes at exactly the right point in time, Ginger explains “I was sitting blind drunk one afternoon, looking at a picture of me and CJ on stage having a great old time. It had been a year since we’d played live and I started to miss it evermore. So, I started writing this song.“

“I never write while drunk. I’ve probably done it half a dozen times in my life. But the picture got me all emotional, thinking about how much fun we used to have, even in the bad old days. It made me want to document these times because who knows, maybe we’ll look back on these times and remember only the good things?”
The track is the first single from their upcoming album ’21st Century Love Songs’, a follow up to ‘Renaissance Men‘, their highest charting album since 1994’s P.H.U.Q, which debuted at number 11. ’21st Century Love Songs’, will be released September 3rd 2021, and can be pre-ordered here: https://ffm.to/21stcenturylovesongs