WILD IN THE STREET 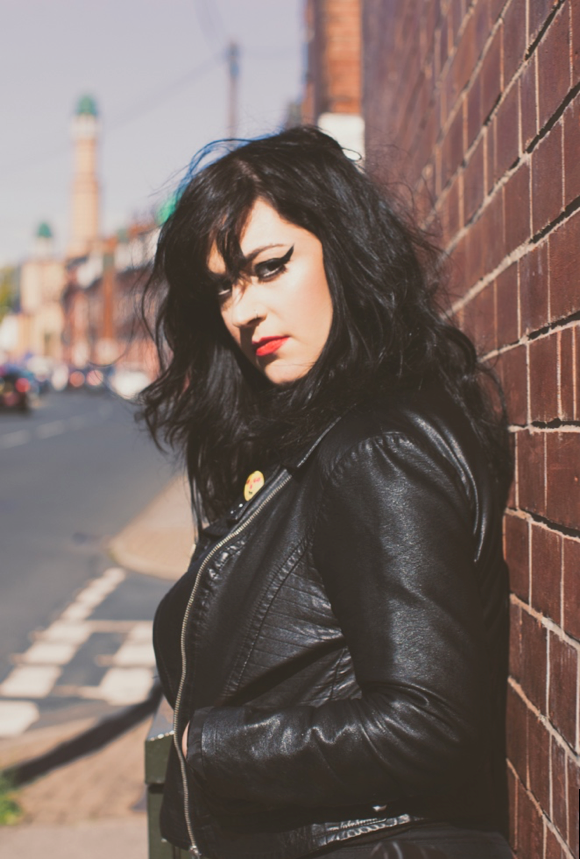 Louise Distras has returned, announcing the forthcoming release of her Street RevolutionEP and sharing the video for the brand-new rabble rousing title track, which is out now.

Louise describes the track as “A rallying anthem for the new underground movement of working class kids, rising together through music to fight for their future”.

Street Revolution stands on the shoulders of giants with a new field of vision, combining powerful and direct messages with addictive righteous hooks demonstrating why Louise Distras is at the forefront of the UK’s new rising punk scene.

The EP follows her 2015 debut Dreams from the Factory Floor, which gained praise from Kerrang! who said “Louise Distras is the most exciting voice in UK punk right now!” The word quickly spread to America and led the firebrand singer to Oakland CA, where she recently recorded her second album produced by Steve Whale of The Business and Ross Petersen (Bruce Springsteen, Goo Goo Dolls).

Having already performed at Glastonbury and supporting the likes of Billy Bragg, Buzzcocks, The Damned and Stiff Little Fingers, Louise embarks on a UK tour in January 2019 with US tour dates also on the horizon.

The Street Revolution tour goes hand in hand with Musicians Against Homelessness to raise funds for the charity Crisis. With the issue of teen homelessness very much in the public eye at the moment, particularly with the screening this week of the documentary‘Stacey Dooley: The Young And Homeless’ for Children In Need on BBC 1, Louise is committed to making a difference.

Having herself been homeless in her teenage years, living with strangers in dangerous situations and being taken advantage of as a vulnerable young person, her first hand experience of the transformative power of music in helping her rebuild her life informs her work, and inspires her passion to work with Musicians Against Homelessness.

About this partnership Louise says, “Having run away from home as a teenager, MAH is cause close to my heart. We all walk our own warzone path which is only one step away from a situation we can’t control. Music saves lives and supporting Crisis is my way of giving something back.”

Tickets for the tour are on sale now and available from www.louisedistras.co.uk