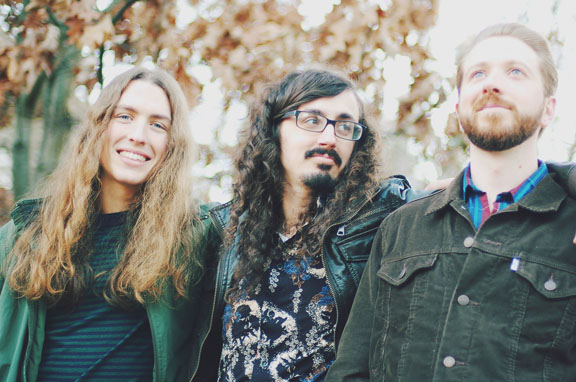 Memphis based Power Trio ready their fourth record
Memphis-based power-trio Dirty Streets are gearing up for the release of their fourth studio album, White Horse (their second for Alive Naturalsound Records) on Black Friday.
Following the release of their well-received 2013 album, Blades of Grass, the band began writing and recording material for this new record. As frontman Justin Toland explained, “We wrote and re-wrote tons of songs and it really ended up hitting a great point as far as expression. We recorded at the renown Ardent Studios in Memphis with our friend Matt Qualls this time, who is a great engineer and really helped in forming the sound of the record. It became a very pure time creatively for us and I feel we locked into something we hadn’t previously. Over all, it worked out in a way that we could take more time to find our sound than we previously had.”

And judging from these 11 red-raw tracks informed by the band’s love of deep soul, funk, blues and heavy boogie & psych-rock it was time well spent.

“This album is definitely more fluid and natural,” Toland continued. “We made a big deal out of just feeling out the songs rather than getting them technically perfect. Percussion was definitely a compass as far as groove on this one. If we couldn’t play the tambourine, or shaker with feeling then it wasn’t cutting it. It was actually Budos Band that was a huge influence as far as groove goes for the writing of this record.”
The title track was recently premiered on Pure Volume. It’s here.
Following various tours throughout the U.S., including a successful run opening for label mates Radio Moscow, Dirty Streets will be bringing their pile-driving live show to a city near you soon (if you live in the US) 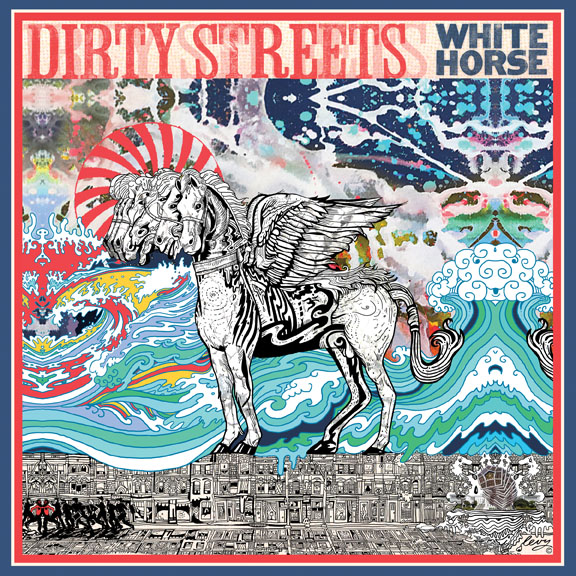