Why Do You Think They Call It Dope? 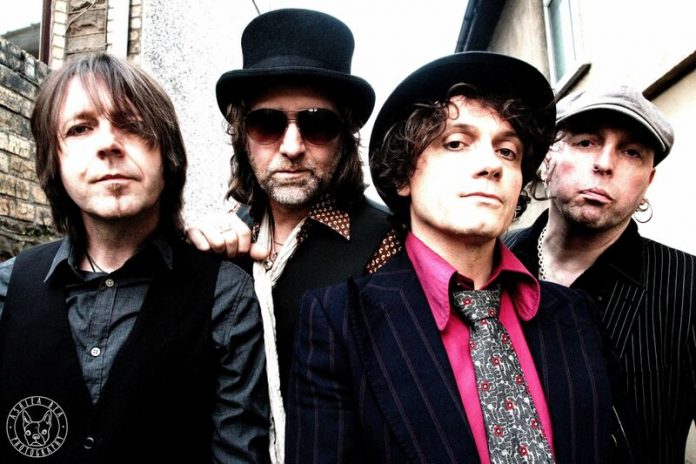 ‘Dope School’ is set for release on November 9th, via Ray Records, as a CD and download. Together with b-side ‘White Light, Black Heart’, it represents the first new material from the glam-inspired power-pop quartet since they staged a much-praised live resurrection in 2014. Their triumphant return has vindicated fans who’ve kept the faith throughout, and the infectious, melody-drenched new single now delivers the musical goods to predict a bright future ahead, and recruit a new generation to their cause.

Following on from ‘Dope School’, the band have announced they will release a remastered version of debut album ‘Retrosexual’ on November 18th; 21 years to the week since the original landed. Upon its release in 1994, the record saw Last Great Dreamers hailed as one of the great hopes of the era, with Kerrang! awarding them a ‘Best New Band’ accolade and editor Geoff Barton declaring it his album of the year, before disillusionment and tragedy cut their dreams short. Guitarist Slyder explains how, since he and Marc Valentine (vocals / guitar) reunited, “we’ve had so many fans telling us how they love that album and still play it today. We always thought it lacked a bit of balls but love the songs, so what better time to do it than the album’s ‘coming of age’!”.

Ahead of the official release, fans will have an exclusive opportunity to get their hands on the remaster first, when the band hit the road with The Runaways’ Cherie Currie in November. Slyder and Marc will be joined by new recruits Ian Scruffykid (bass) and Denley Slade (drums), as they play the following dates;

** tour warm-up with Bernie Torme. All other dates with Cherie Currie.