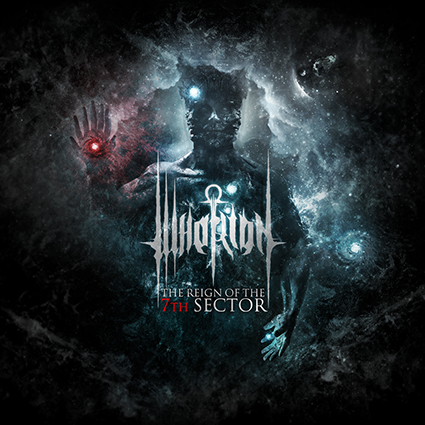 This marks the bands first release since the “Fall of Atlas” EP which was released in January of 2014.

After changing lineups since forming in 2009 and through years of composing, training & mastering new styles of playing material WHORION have come together to spawn what it is today, metal that will crack bones, while displaying powerful symphonic elements to create a feeling that the listener is sucked into the dark matter of space, slowly waiting for the worlds end…

“The Reign of the 7th Sector” was mixed & mastered with Anssi Kippo from Astia Studio (Ensiferum, Norther, Children of bodom etc.). The album will be available for purchase on the Inverse Records Website starting April 24th.
An Official Teaser Video for the “The Reign of the 7th Sector” can be seen here:
Vocalist / Guitarist Ep Mäkinen had this to say about the upcoming release:

“We continued where we left on Atlas release and worked our sound forward. 7th Sector has more deadlier guitar work, higher tempos, bigger orchestra arrangement and vocals are pushed out with more power. I wanted to create goliath compared to Atlas without losing identity. Theme of the lyrics grow and leads the listener in the middle of universal destruction, ground zero. Story builds up and continues all the way to the end.”

https://twitter.com/whorion
Reverbnation:
www.reverbnation.com/whorion
One day prior to the release of the new album WHORION will embark on the As Divine Crumbles Tour 2015 across Europe.
Tour dates