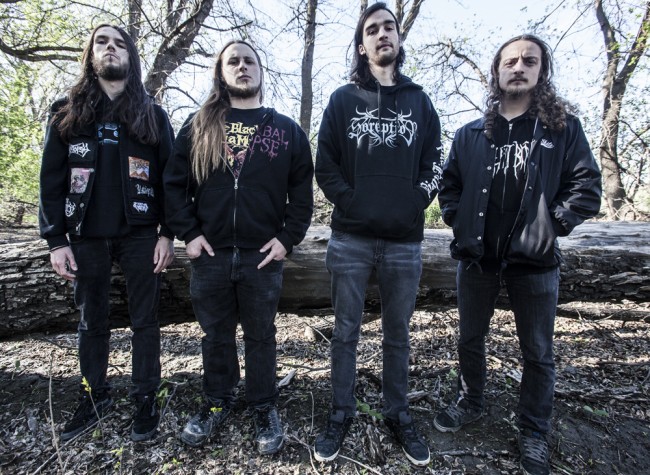 Featured band earlier in the week, now Inverted Serenity are streaming their new one

Producing technical groovy death metal rooted in musical duality and lyricism, Winnipeg, MB’s INVERTED SERENITY are streaming the next single ‘Breath of Life’ off their upcoming album ‘Integral’ due out on October 9th to follow up their 2013 debut ‘Manifestation of Eternity In A World of Time’.

The band comments about the track:

“This track is the longest on the record and is definitely one of the most impressive songs structurally. Beginning with a doom inspired riff that picks itself up into an uplifting proggy type groove which then unexpectedly turns itself into an atmospheric black metal passage is just one of the many interesting changes the song paints itself into. This is also the first track that we as a band chose to include clean group vocals with pan out really smoothly with the dissonant acoustic guitar riff written by Tomas a few years prior. The theme discussed in the lyrics is based upon balancing of mind as it increasingly unfolds itself unto the realization that it is the observer of all that is. Through the process knowing the rhythmic balanced interchange of natures polarity (inhalation/exhalation), the endless unfolding is fully expressed.”