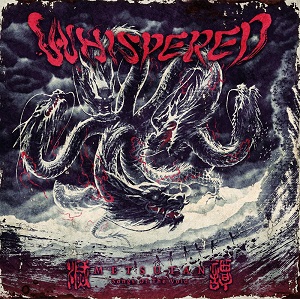 “Epic” is a descriptive term bandied about a lot these days, but nowhere can it be used more fittingly than in describing the upcoming release from Finland’s Whispered! The masters of ‘Samurai Metal’ are back with third album Metsutan – Songs of the Void, which is set for release on May 20th through Redhouse FMP / Inverse Records.

Metsutan – Songs of the Void is a complex masterpiece, addictive from the get-go. The band seamlessly fuse traditional Japanese instruments and atmospheres with Scandinavian melodic death making for a captivating listening experience throughout the album’s ten tracks.

Vocalist, guitarist and founding member of the band Jouni Valjakka talks on the lyrical themes explored on the album, “Similar to our last album Shogunate Macabre [2014], we move across many themes. We have songs about warriors, spirits, Japanese mythology and more. With this album we touch on a more spiritual side with our thematics… Strong concepts about determination, life, retribution and values of one overall.”

The band teamed up once again with talented Japanese artist TOK who not only perfectly encapsulates the band’s visions she also acted as a mentor to ensure the band stays true to the core Japanese themes and concepts they explore on the album.

“On this album TOK used a more ethnically authentic approach with the writing of kanji and the whole artwork,” comments Jouni. “Such as song names being displayed in old Japanese ‘seals’. TOK really understands the spirit of what we are trying to do, and lectures us about the visual aspects in Japanese culture.”

“Artwork on this album emphasises the story of the last and longest song on the album ‘Bloodred Shores Of Enoshima’, which is based on a Japanese mythology telling of a certain dragon and the goddess Benzaiten.” 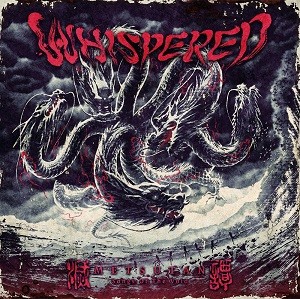 Act 1. 五頭龍 – Gozuryu
Act 2. The Chord of a Goddess
Act 3. Divine Affection
Act 4. The Fury of the FiveMore album updates in the coming weeks but for now to whet your appetites even more, check out the lyric video below of 2015’s single ‘Sakura Omen’ which also features on the final track listing of Metsutan – Songs of the Void.