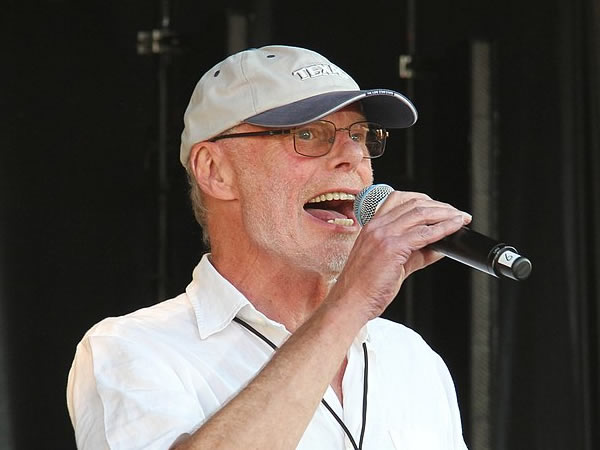 Bewdley Festival has created a unique and exclusive evening on October 16th for their festival-goers this year, with An Evening of Conversation featuring Bob Harris and Danny Baker.

Former purveyor of progressive rock, champion of new country music and internationally acclaimed broadcaster, Whispering Bob Harris, has graced our radio stations and televisions for five decades, bringing his unique brand of broadcasting delivery and magic to everything he does. From Sounds of the Seventies through Radio Luxemburg and The Old Grey Whistle Test to his groundbreaking Radio 2 show, Bob Harris Country, he has always provided the intelligent viewer or listener with commentary, insights and interviews of the highest quality.

We have read the Danny Baker autobiographies, we’ve watched the TV show based on his childhood and teen years in Bermondsey and we were still listening to him on the radio every week until events earlier in the year. Danny Baker is an inexhaustible source of highly entertaining trivia and a teller of amazing anecdotes covering his colourful and star-studded life, spent mainly in the worlds of broadcasting, music and football.

Dispensing with the radio traditions of outrageous jokes, blokey comments and pop-picking clichés, Harris marked himself out as the quiet voice of reason in a world of crazy rock-drenched excess. Harris approached the music seriously and expected his audience to join him as he explored the vast repertoire provided by the world’s greatest musicians.

Whispering’ Bob’s switch to country and Americana music more recently has seen him occupy an approach to lesser known artists last seen in the work of radio legend John Peel and he has carved out a career that has led him to the music he is most happy to champion.

From Sniffin Glue and New Musical Express through to working for the BBC, LWT and Talk Radio, Danny Baker will fascinate you with the big names he has worked with, his childhood with Spud,his charismatic father, and his long and sustained broadcasting career.

Since the mid 1970’s Danny Baker has wowed radio and TV audiences with his witty, idiosyncratic and hilarious take on life and he joins music broadcasting giant Whispering Bob Harris on stage at Bewdley Festival this year to create a double act that has more opinions on just about everything than any other pairing known to mankind. The evening promises to be informative and hilarious in equal measure with great music and mind-blowing anecdotes centre-stage.

In their own words “Two old rock’n’roll broadcaster buddies chewing the fat about their careers and the meaning of life”.

Tickets for the evening are £20 and can obtained on-line at www.bewdleyfestival.org.uk or by calling in to St Georges Hall (10.00am – 2.00pm)

Previous article
RISKEE AVERSE
Next article
WHAT’S IN A NEME