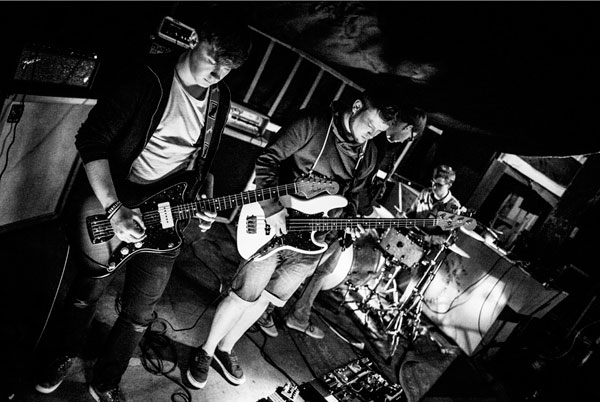 With it being just a week away from the official release of their spilt-release with Raum Kingdom, today Belgian instrumental post-rock group ALL WE EXPECTED premiere the second track entitled “Flood” via Pretty In Noise.

Earlier this month, All We Expected unveiled ‘We’re Not Born to Live Like Brutes’, the first track from the split via Echoes and Dust, if you missed you can still stream ithere.

The split-release will be out on cd, vinyl and digital download and is now available for pre-order via All We Expected here.

The All We Expected/Raum Kingdom split is set for release on September 14th and features two tracks from each band, who became friends after playing some shows together in Europe. The instrumental post-rock quartet from Izegem – Belgium, contributes with tunes recorded at Carlos’ shed, Kuurne by Jannes Van Rossom, while Raum Kingdom’s half was captured at Dead Dog Studio in Drogheda, Ireland and was mixed by Jonny Kerr.