We’re All Going On An Autumn Holydeath 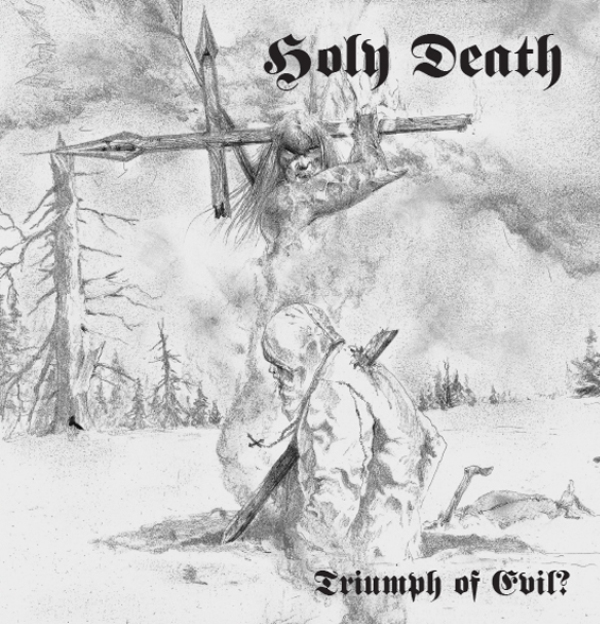 “Triumph of Evil?” was said to be one of the  Best and cult album from polish BLACK
METAL of 90’s.

In 1996 according the band the HEAD NOT FOUND label” totally messed up this release.” Poland’s HOLY DEATH seemed to have initially missed their mark, but are here for the re-release of “Triumph of Evil?”

Timing seems to be a key who, when, where, how, and here: why the hell not? But the ones who did get a chance to listen to their early release should think differently.

Apparently they started the studio recordings on June 6th, 1996, so maybe their timing wasn’t so off. And then there is a small rant in the booklet re-elease about Head Not Found records from Norway releasing this initially on

CD, though in unauthorized form as well.Now we back with excellent re-release of this cult album.