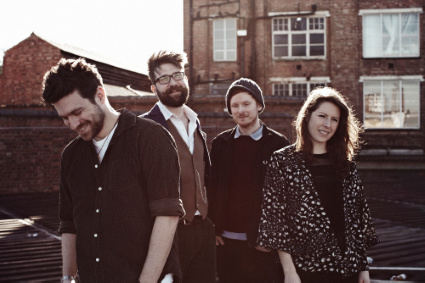 And we are winning the Ashes (again)

The idea behind the band name is influenced by society – the idea that we are all important, that everybody plays their part. No matter how small. The same concept lends itself to the music of WKTCR; guitar solos and overblown, grandiose rockstar indulgences are eschewed in favour of a collage of densely layered, smaller sounds – all working together to make something greater than the sum of its parts.

WKTCR currently perform as a stand alone band, though are in the process of putting together a larger collective of musicians to help us perform these songs live. As a collective, the core band perform with a surrounding ‘orchestra’ – a group of people who bring an extra dimension to the sound and dynamic.

Ashes represents the beginning for WKTCR – a statement of intent. Pounding drums, a tremolo attack of guitars and a call and response chorus.

Relics deals with the themes of loss, the hopefulness of youth and and the pressure of modern society. The initial optimism provided by a world of plenty is replaced by the grief of a punishing reality. In the end, we’re all relics of our own past, and the final refrain questions: Could have done anything to change it?

These two songs are the foundations for a more ambitious, more expansive project. This is where it begins, this is WE KEEP THE CITY RUNNING.

Ashes & Relics will be made available digitally via Bandcamp from Friday 23 October, Ashes is currently available to stream HERE.